Home Articles Why are women the most converts to Islam?
Articles 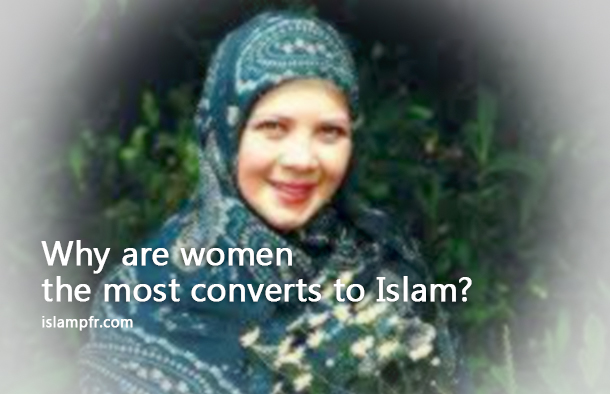 Some years ago, an English article was published entitled “Why do English women convert to Islam?”

The researcher of the article had mentioned: “I am a young English woman and I am interested in all modern entertainments of the English youth and also I am engaged in research works. For a period of time, I was preoccupied with the esteem and dignity of a woman in the society. For this reason, I studied about the situation of women in different religions. When I began reading about Islam, I used to hate it as an erotic religion but when I studied well, I found that whatever is in Islam is different from what I had heard. Islam drowned me in its own attractions until I felt that woman have a privacy, shelter and high dignity in Islam and this issue solved all of my concerns and also is the main reason why British women tend to convert to Islam.

Today, despite all the propaganda about the conditions of Moslem women in all western commercial media, the startling statistics indicate the failure of these efforts. In fact, women are about 70 percent of new European and American Moslems. So westerners, themselves realized the depth of Islamic thought and its influence on their communities and feel threatened.

The continuation of this trend will make their societies face with serious challenges in terms of identity. Because of that, they are trying to weaken think tanks of Islamic thoughts in order to keep promoting their civilization without any challenge.

Currently, there are three views regarding women and their positions in the society. The Western view, the traditional and the Islamic viewpoint.

But in the traditional view, men want women only for themselves and their desires and aspirations. If the modern view wants women for the men society, the traditional view wants women for an individual man himself. In this view men may restrict women a lot and have a repressive relationship with them. The common term “henpecked” falls within the realm of this view because in this thought, the power of the man should prevail on his wife or he is humbled.

But the western view drives women to practice nudity in the society. Because this situation is desirable for men.  As western sociologists interpret, women are for the society of men. Anyway, in both of the mentioned views, the relationship between men and women is a relationship based on power. Because of that, in the first look, areas of femininity has one meaning and in the second area, it has another meaning.

Let’s further illustrate this issue with an anecdote. A person came to prophet Muhammad (PBUH) and said: “I am one of those who have buried one of my daughters alive during the era of ignorance before Islam. What is its atonement?” He answered: “Serve your mother.” The man said: “My mother has passed away.” He answered: “Serve your aunt which is equivalent to serving your mother.” Look how high the women’s credibility is.

Based on many Hadiths and Narrations, women have a special position in Devine territory. I God machine. It means that most of men can solve their problems in the world and the Hereafter through women. This interpretation of women is not power-based relationship. If a man has a power-based relationship with his wife, he will retrograde. Therefore, a man should have a relationship with his wife in which she is completely satisfied. Of course he can enjoy that relationship himself and because his wife is satisfied, the man will enjoy many blessings as a result of this satisfaction.

Islamic teachings regarding the issue of women and family, if presented in a proper way, will attract so many people’s interest and attention. The biggest issue and predicament for women created by the West is that it has got them involved in trivial issues of the society. So if any woman gets herself involved within the western social waves, she will neglect her social responsibilities.

Love you keep up the good work