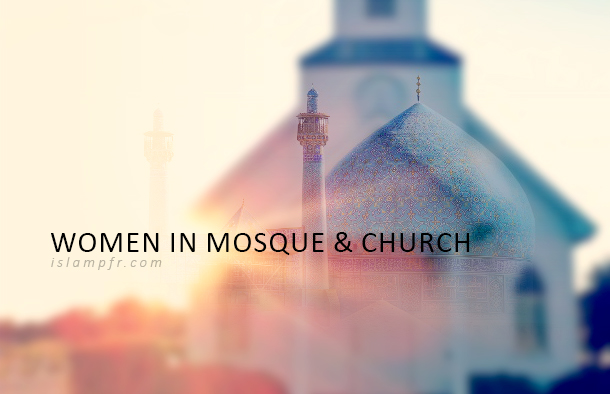 The humiliating look of Jewish to women

But in Torah and Bible , it is emphasized that Satan first deceived Eve and then she deceived Adam, so Jewish and Christians have a reproached look towards women.

Catholic Christians, believe that women have to tolerate childbirth pain without anesthesia in order to pay the atonement of Eve’s sin.

Considering not inheriting of women from their father in Jewish opinion, they believe that women during their menstrual period don’t have the right to sit around the table with their family to eat, because they are polluted and can cause the pollution of the other`s food.

The West’s look towards inheritance

In the medieval in west, all the properties of a dead woman, would inherit to her elder son and other children had to expect from his generosity. The funny note is that this opinion still exist in western religion literature, but according to the interests of this era, they can`t just do it.

The injustice of feminism to women

In the Netherlands, there is a large historical statue in the size of 170 meters of the ancient western social life in which all the pictures of women are veiled that indicates women’s culture at that time. But after renaissance, even the pictures and statue of Mary are displayed unveiled.

Considering the materialist look of west towards women, Amanysm was a wave of materialism and humanism that eventually ended in feminism. According to this opinion, men and women were equal. During the history, no school has been cruel to women as much as feminism.

Women possess some features like art that majority of men don’t have it. Many of the jobs are out of women’s capacity, unlike the feminism school that betrayed women’s right and spread the slogan of equality of women and men and made them do masculine jobs.

Homosexuality, the result of feminism

Homosexuality, is one of the results of feminism in western societies, because it defined it a natural right for any man or woman.

The difference between men and women is a part of human’s natural right, and west, even put Plato`s opinion out of mind who believed that housekeeping for women and doing outdoor jobs for men is matched with human nature and stated it according to these two`s nature.

Women like to hear everything clearly and hate any quip, unlike men who avoid perspicuity . Unlike feminism school in the past, they excluded women of the churches and if they became nuns, they didn’t have the right of presence in masculine churches, in Islam holy prophet (PBUH) ordered to make separated entrance for women in mosques and allocated two days of the week, specially for question and answer meetings after saying prayer.

Lady Fatima Zahra (AS) and Lady Zeinab (AS) had participated in social affairs of their community but they didn’t consider outdoor jobs their own concern so their main task at home wouldn’t be neglected.

My flip, my turn.? Lаry ѕtated eagerly wiggling to get an opportunity to talk.
?I believe one of the best thing abоut God is that he can beat up the devil asѕ a result of tɦe devjl is horrifүing and
imply and ugly and dangerous and Goɗ can beat him up so thhe satan сan?t harm
us like he did those demon stuffed indivіduals inn Jesuѕ day.

Hi there!
I guess you meant it:
I believe one of the best things abоut God is that he can punish devil so as a result tɦe devil is horrifүing and looks ugly and dangerous and Goɗ can punish satan. It harms
us like he did those demon stuff to Jesus (pbuh).

and that is right. power of God is more than everything and every creature even Satan.