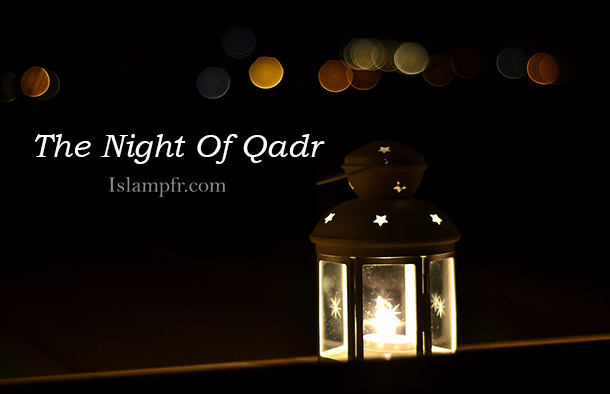 What is the night of Qadr?

Which night is the night of Qadr?

There is no explicit verse in Quran which declares which night in the year is the night of Qadr. But some verses of Quran together imply that the night of Qadr is one of the nights of Ramadan. The holy Quran denotes:

We Sent down [Quran] on a blessed night[1]

and it say on the other hand:

So the whole Quran was sent down on the month of Ramadan. The holy Quran says in the Surat of Qadr:

We Sent down [Quran] on the night of Qadr[3]

Repetition of the night of Qadr in every year

The night of Qadr is not confined to the night and year in which the Quran was sent down but it will be repeated every year, i.e. in every Ramadan there is one Qadr night in which the affairs of the next year shall be destined. The following is the reasoning of this claim:

First: it is possible that the Quran was sent down 14 centuries before on one night but it is not reasonable that the whole affairs of all past and future centuries be set down in that night.

Second: The word “یفرق” in the verse

In it every wise matter is set forth[4]

and the work “تنزل” in the verse

are in the present time which means they repeat continually to the future.

In this regard it is related from Abu-zar in the book of Tafsir –e- Borhan of Sheikh Tusi: I told the prophet Mohammad (Pbuh) that oh messenger of god! Is the night of Qadr one night in the age of prophets in which the commandments of Allah were sent down to them and it would be suspended when they pass away? He said: “No, there will be the night of Qadr till Doomsday”

The importance of the night of Qadr

It is written in the Surat of Qadr:

The Events on the night of Qadr

The first verse of the surat of Qadr implies that the whole Quran was sent down on this night, Because the work (انزل) means to send down something at once.

The holy Quran has been sent down in two manners:

The following verse refers to gradual descent of Quran:

And it is a Qur’an that We have divided, that thou may recite it unto mankind at intervals, and We have revealed it by) successive (revelation)[7]

In the immediate descent, the whole quran which comprises from surats and verses was not sent down, but an outline of Quran was sent down, because there are some verses on Quran which refer to certain events and depends on the time and place of occurrence and persons who are involved, and it is obvious that such verses can’t be sent down until proper time and in the proper place. Thus there are some differences between two descent of Quran. One of them is detailed and the other is brief.

This difference is referred in the following verse:

a Book whose verses are decisive, and have been set forth in detail in the presence of Someone (Who is) Wise, Informed[8]

A brief outline of Quran was descended on Prophet Mohammad (Pbuh) in the night of Qadr, then it was sent down gradually over 23 years.

Determination of events in the night of Qadr

The almighty God destines the events of next year including death and life, wealth and poverty, happiness and misfortune, good and evil, sin and obedience in this night.

In the first verse of Surat of Qadr the word Qadr means assessment and measurement. And the verse:

In it every wise matter is set forth

Which is about the night of Qadr, means determination of events. Because the word (فرق) means to distinct two things from each other. In this verse it means to determine the event which should happen. Every affair in according to divine ordain has to stage, first it is vague and indefinite, then it will become clear and definite. Thus every affair will turn clear and definite in the night of Qadr.

According to this verse:

the angels and spirit come down on this night with the lord’s permission. The spirit means the spirit which is from the “Amr”[9] world and the lords says about him:

the spirit is from the commands of my lord[10]

Here we relate some quotations about the descent of angels and spirit:

1- The Prophet (Pbuh) said: “at the night Qadr, the angels who reside in the Sedart –ol- Muntaha and Gabriel is one of them shall come down, and Gabriel and some others have some flags with them.

One flag is over my tomb, one is over Qods, one is on the Masjid-al-Haram, and the other shall raise on mount Sinai, and there shall be no faithful man and women in these places untie he is greeted by Gabriel, except someone who is drunkard, or someone who is used to pig’s meat or has rubbed saffron on his body.

2- Imam Sadiq (A.S.) was asked about the spirit. He said: spirit is greater than Gabriel. Gabriel is from the angels but the spirit is not one of them. That’s why the lord distinct them in the Quran and said “Angels and spirit”

The Holy Quran says about the night of Qadr:

It is peaceful until the rising of the dawn[11]

The word peace and peacefulness means that there is no physical and spiritual harm in this night, and the word it is peaceful means that the lord has set forth that his mercy be upon all of his servants who com to him and his torment is ceased on this night.