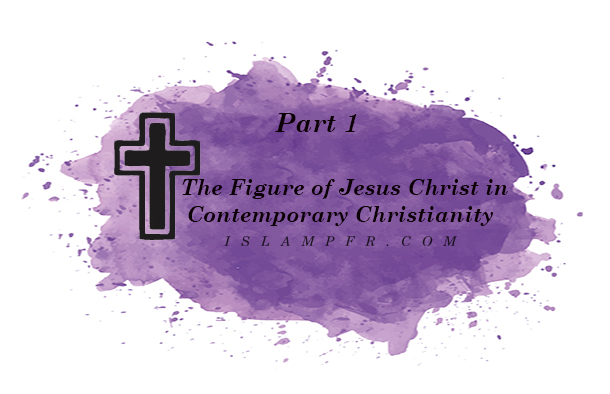 In this article the writer tries to consider the figure of Jesus Christ in modern Christianity and different interpretation of Jesus Christ in it. He has approached this issue through four areas which consists of: European Christology, British and American Christology, Catholic Christology and modern approaches in Christology. He reports the opinion of renowned Theologians in all of aforementioned areas. These theologians consist of among others: Karl Bart, Rudolf Bultmann, Paul Tillich, Friedrich Gogarten, Jurgen, Moltmann, Wolfhart Pannenberg, Jon Sobrino, Donald Bailey, Karl Runner, and Edward Schillebeeckx. The writer discuss about their opinions while reporting their different attitude including: New Orthodox, Existential interpretation of Christ, Secular Christianity, Eschatological Christ, Liberation Christology, Dynamic Christology, and Christology based on anthropology.

‘What is bothering me incessantly is the question…who Christ really is for us today’ (Bonhoeffer 1971:279). The question was asked by Dietrich Bonhoefferin a letter from the prison where he was held, just about a year before his execution. He was writing in Nazi Germany, in a country which had turned

Away from its long Christian tradition to embrace a neo-pagan ideology. The Nazi ideology has now been left behind, but Bonheoffer’s question remains, for to a large extent virtually all the countries of Europe have become secularized and Christianity has for long been a declining influence.

The world had risen from the dead and would someday return to the earth in power. They believed the teachings of the early councils of the Church that Jesus Christ is ‘of the same being’ as God the Father, and that he has two complete natures, one human and one divine.

Christian theology was shaken to its foundations about the eighteenth century by the intellectual revolution which we call the Enlightenment. That revolution affected every area of human knowledge and belief, and not least the Church’s belief in Jesus Christ. Questions were being raised about the reliability of our information concerning events of the distant past, about the possibility of miracles or, more generally, of divine interventions in the world, about the authority of venerable documents which had up till then been considered beyond criticism, or indeed about any authority which is unsupported by rational validation. Obviously major difficulties were being raised for the Christian faith as it had been traditionally presented.

Our present questions had their origin in the Enlightenment and in the controversies which followed. In the words of Hans Küng, ‘The Christological debate that has persisted since the dawn of the modern age has not yet been resolved’ (Küng 1987; 19). The difficulties that appeared so forcibly in the eighteenth century are, for the most part, still there and in some cases have even been aggravated. On the other hand, the tremendous efforts at restatement and reconstruction in which Christian theologians engaged

Throughout the nineteenth century yielded many new insights and new possibilities of interpretation and cannot be easily dismissed.

This chapter considers the situation as it is in the second half of the twentieth century; let us say roughly from the time when Bonhoeffer wrote the letterquoted above (1944) to the present day. There has certainly been no lack of effort in the search for an answer to Bonhoeffer’s question, and it would seem

To be vital for the future of Christianity that a satisfactory answer should be found. On the other hand, it needs hardly to be said that no single answer or set of answers has emerged. Even among Christian theologians, there seems tube pluralism just as bewildering as the wider pluralism which we see among

The many religions and ideologies when we look beyond Christianity to the world scene at the end of the twentieth century. Yet even in New Testament times there was a plurality of emerging Christologies, and we may find that now as then some trends stand out and point the way to future interpretations of the figure of Jesus Christ. Also we shall find that in spite of two hundred years of criticism the classical formulations of belief in Christ still have their champions, including some of the foremost theologians of our time.

In the middle of the century traditional Christian theology was not only surviving but, in the form known as ‘neo-orthodoxy’, was surprisingly the dominant school of Protestant theology. By the closing decade of the century, its influence had certainly faded, but it still has many representatives. The man chiefly responsible for this revival of the theological tradition was Karl Barth (1886–1968), a Swiss theologian who had grown up under the influences of liberal Protestantism but had then rebelled against his teachers. Rightly or wrongly, he blamed the nineteenth-century Protestant theologians for having diluted and humanized the teaching of the New Testament to the extent whereat had become little more than an endorsement of the prevailing European culture. Barth believed that the gradual blunting of the Christian proclamation had been a significant factor in bringing on the crisis which culminated in the Great War of 1914–18. At the end of that war, Barth published his famous commentary Romans, which served as the manifesto for a radical change of direction in Protestant theology. He quoted Kierkegaard: ‘Remove from the Christian religion, as [liberal theology] has done, its ability to shock, and Christianity is altogether destroyed’ (Barth 1933:98). The new theology waste return to the message of the Bible, to the eschatological theme of crisis or judgment.

When he came to express his mature thought in his great Church Dogmatic, written over three decades from the 1930s to the 1960s, Barthadopted a calmer tone, but the general direction of his teaching was opposedto that which had prevailed in the previous century. Whereas the theologiansof that century had usually begun their thinking about Christ from the humanJesus or the Jesus of history, Barth goes back beyond history to the doctrineof the Trinity and to Christ as a divine person of the Trinity. His Christology is founded on a doctrine of election, an ‘event’ which took place before thecreation of the world, if one may so speak. ‘In the beginning of all the worksand ways of God’ (Barth 1956:2/2, 50) Jesus Christ was elected, and withhim the whole human race, to be the partners of God. This teaching seems togive to the human race a dignity which was not accorded to it in Barth’s earlywork, where he still held with Kierkegaard the view that between God andman there is an ‘infinite qualitative difference’. Now, forty years on, he canspeak of a ‘humanity in God’ and even says that ‘theology would be better

called theanthropology’ (Barth 1967:9). But we must ask whether thetransposing of so much of the action to a beginning before history does notrender the whole historical element in Christianity superfluous, and whetherit does not also call into serious question the true humanity of Jesus Christ.

Barth does of course seek to maintain the doctrine of the two natures inJesus Christ, and at the heart of his christology is a dialectical balancing ofdescent and ascent, the way of the Son of God into the far country (i.e. thisworld), and the exaltation of the human Jesus as he returns to the Father. Inhis exposition of these themes, Barth makes extensive use of the Christ-hymnfrom Philippians 2:6–11. One might think that he is going to follow thekenotic (‘self-emptying’, Phil. 2:7) path beloved of so many earlier theologians,but not so. God does not need to shed his divinity in order to humble himself.‘God is always God, even in his humiliation. The divine Being does not sufferany change, any diminution, any transformation into something else, let aloneany cessation’ (Barth 1957:4/1, 79). Barth had a much clearer grasp of thedialectical being of God than had the kenoticists. Yet we have to note thatthere are grave questions about the genuine humanity of Christ in Barth’sthought.

Among the many associates of Barth in his efforts towards a theologicalrenascence, special mention may be made of another Swiss scholar, EmilBrunner (1889–1966). In an early monograph on Jesus Christ, he clearlyexpressed his polemical intentions towards nineteenth-century theology: ‘Thepresent exposition…is deliberately and uncompromisingly opposed to themodern conception of the [christological] dogma, introduced by Ritschl andHarnack’ (Brunner 1934:249). At that stage of his thinking, Brunner had,like the early Barth, heavily emphasized divine transcendence and likewisethe divine nature of Christ. One critic has gone so far as to declare thatBrunner’s early christology was ‘unquestionably docetic’ (McGrath 1986:101).

In his Dogmatics of 1949, Brunner sought to correct the earlier bias.Quoting Luther, he writes, ‘We must begin at the bottom, and afterwards riseto the heights’ (Brunner 1949:2/322). By this time Brunner had become deeplyinfluenced by the personalist or ‘I-thou’ Philosophy of Buber and Ebner, andhe believed that his adoption of this philosophy would prove to be his majorcontribution to theology. It is in the meeting of person with person thatrevelation takes place. Brunner writes: ‘Jesus Christ is more than all wordsabout him. The Word of God, the decisive self-communication of God, is aperson, a human being, the man in whom God himself meets us’ (ibid.: 2/15). One consequence of this teaching has been to move the idea of revelationaway from the medium of words to the broader medium of personal encounter,

and this is a point that has been widely accepted among contemporarytheologians, both Protestant and Catholic.