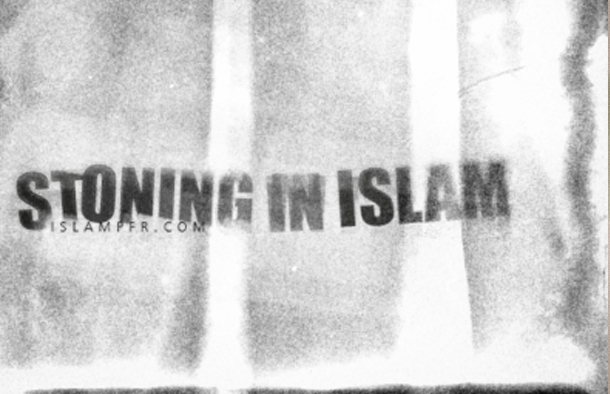 If Islam is the religion of peace and mercy, then why the punishment of stoning to death is legalized in Islam? Putting a person in a pit and throwing stones at him/her till the person dies is not understandable, why should we not sentence him to simple death instead? Aren’t people who might want to convert to Islam discouraged when they learn about such rules?

Stoning is not limited to Islam, and people should not be using it as a means to negatively publicize against Islam.

The punishment of stoning for certain felonies existed in earlier tribes and religions that believed in monotheism and in the religion of Abraham, as well as in Judaism and Christianity and has been referred to in the Old and New Testament. In those religions, the scope of felonies deserving such punishment had been broader and the implementation of those warrants was more complicated.

Therefore, ascribing stoning to Islam alone is a big lie, and a sign of enmity towards Islam.

If anyone dislikes the punishment of stoning in Islam and is dissuaded from converting to Islam for such reason, he should know that other religions such as Christianity and Judaism have the same law and practice it even more severely.

We should also notice that Islam and other religions are not worldly positions that in order to attract more supporters legalize such sins and crimes as homosexuality, sodomizing animals or bestiality, etc.

The punishment of adultery is severe, so that married men and women would not betray each other, and the society and its families would not deteriorate. But absurdly, people only question why the punishment is so hard; while instead they should rule out themselves, by not committing such sins.

The punishment of stoning in Islam is only for extramarital sex between married men or women. So the punishment of stoning does not apply to sex between unmarried men and women, or even if one of the partners is married. Adultery is proved either by the confession of the person who has committed the sin, or by the approval of four men who has witnessed the action of intercourse itself. The conditions of the confessor and the confession is even more complicated. Therefore, it is quite unlikely that a person would confess against his/her own self, or to have had intercourse in front of a group of men. The reason, for such difficult conditions is that Islam does not favor that such lustful and sinful actions be publicized or revealed; therefore, the judge should not accept confession quite easily. The confessor refer back to the judge four times and confess to her/his sin in order for the confession to be accepted.

The first stone should be thrown by the four witnesses, and even if one of them resigns, the whole punishment is cancelled; and the resigned witness cannot also be questioned. Stoning itself has its own rules, people cannot throw all kinds of stones. The sizes of stones, the distance to the convict, and the depth of the pit are all exactly defined.

The negative effects of watching the punishment of stoning:

The negative effects that adultery has on people’s minds and mentality, and the destruction of social norms, security, humanity and culture as well as the ruin of families, sanctity, and the values of marriage, trust, self-preservation, and chastity are much more severe than watching its punishment. However, everybody should also pay attention that such punishment is the worldly punishment of such a sin, but God’s punishment in the Hereafter is much more severe for such a crime.

punishment for adultery in Qur’an is not stoning. There’s no punishment by stoning in the Qur’an for any sin. Many verses were translated as there’s word “stoning” in them (mostly from the root “rjm”), but those words doesn’t mean stoning, most of them mean “expelling”.

Stoning came to shias and sunnis from a few hadith, most of them are funny, at least. As one narrated from ‘Aisha where goat ate some unexisting verses (ayats) or from a man who saw that monkies are stoning some female-monkey who (according to narrator) done adultery.

We have clear verses from God in Qur’an and we have some suspucious narrations, we have to choose what’s right deen: Islam in the Qur’an or people’s narrations and opinions. We cannot accept both, they contradict.

Salaam
it is not said that stoning is written in Quran. even it is mentioned it doesn’t belong to Islam, other religions had it too.
also, stoning never came to Shia and Sunni by some funny Hadith, it has existed since thousands years ago even before Islam.
as it is written in the text, sometimes God consider hard punishment to stop people from doing that, on the other hand, these punishments were common among people, God didn’t make a new kind of punishment.
but today that the culture of people has changed, some Islamic countries have changed the form of punishments according to the new culture and style of people’s life.
so, God just meant to consider a hard punishment for this kind of sin.

This is more of a question than a comment.

If you know about the life of Mohammad and you know of his conduct while he was alive, how can you revere him as the “Perfect Man?” According to accounts of Mohammads life, he was a slave dealer, a murderer, a rapist, a torturer, a liar, a thief, a proponent of female genital mutilation, and a peadophile.

Thanks for this Helpful Article <3.

Salaam. Thanks for this Helpful Article <3.