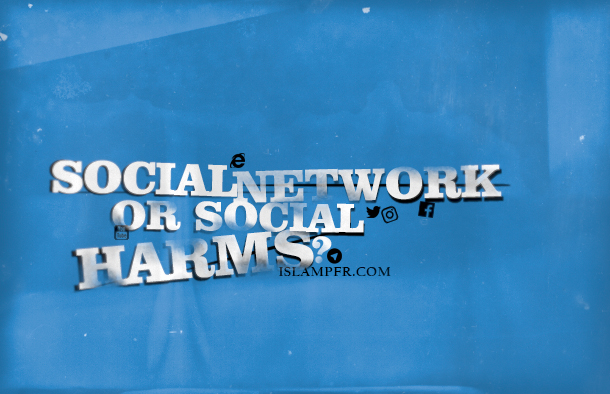 Emerging social harms are the results of cyberspace that lead to a fundamental change in lifestyle.

Emerging harms: New social harms that are called “Emerging Social Harms” because they don’t have any record or history in human societies. Harms of using cyberspace can be categorized as the emerging harms which are all related to the new communication technology.

The virtual social networks have become popular, based on their various functions in promoting internet-based lifestyles instead of national-religious based lifestyles. In this new social media, media is no longer the owner of the audiences, there is no time and place limitation. Texts, audios and videos are available for everyone and communications can be integrated with daily tasks. The youth are using this social media in their lives more than other age groups.

Some of the most important features of social networks are:

-Being global and international;

-Utilization without any need for skill or expertise;

The role of social networks in changing the youth lifestyle and some of its functions in today’s world are:

*Social asset: a source to determine the level of social asset

*No need for physical presence and needs are met through cyberspace

*Although social networks strengthen long-distance relationships, they have negative impacts on the relationships of those who are near in kinship. Virtual loves, emerging deviant sects, triangular loves, decent behavior starts to fade away, chat rooms, scamming and abusing girls and boys, making false characters, online marriages and pornography are negative features of social networks.

*In case of marriage, the growth and increase in using virtual social networks has caused issues like; unstable marriages, changing patterns of mate selection, increasing the age of marriage, increment of sexual variety-seeking in men and women and….

*Taking selfies and sharing them on the social network pages like Facebook and Instagram; Scientists believe that such a behavior can cause serious damage to the human brain and create lack of confidence in people.

According to Manuel Castells (Spanish sociologist and author of The Information Age Trilogy), political actors show up at (soft) power games through new medias. Political games are increasingly taking place within the realm of media. Also he mentions the role of communication technologies, such as the internet, in recruiting members and expanding the power of social movements. Although social networks are the new form mass media, they are produced and received individually. Also, they are used as a tool by social movements all over the world. To achieve their goals, these mentioned movements have capabilities in three fields; forming a mass identity, persuading their own followers and mobilizing them.

Briefly, the consequences and negative effects of virtual social networks on individuals and families are:

1- Creating and spreading out rumors and false news

4-Weakening the foundation of family and visiting relatives

6-Isolation and staying away from the real social environments

7-Changing the youth’s lifestyles and interests

10-Making intellectual, emotional and physical gap between parents and children

11-Threatening the foundation of the family, increasing the age of marriage, increasing the rate of divorce, running away from home, prostitution and cold relationships between couples

12- Mental egotism, spreading selfies and sharing them in cyberspace

13-Negative behavioral influences like widespread use of catchphrases, jargons and the popularity of special types of personality and appearance

17- Wasting time of the youth and separating them from reality

18-Misusing the data and information of people’s private computers

19- Friendships without borders and rules and immoral relationships

20- Making immoral and vulgar contents available for all users.

The Hussein of our Era ᴾᴮᵁᴴ – part 1