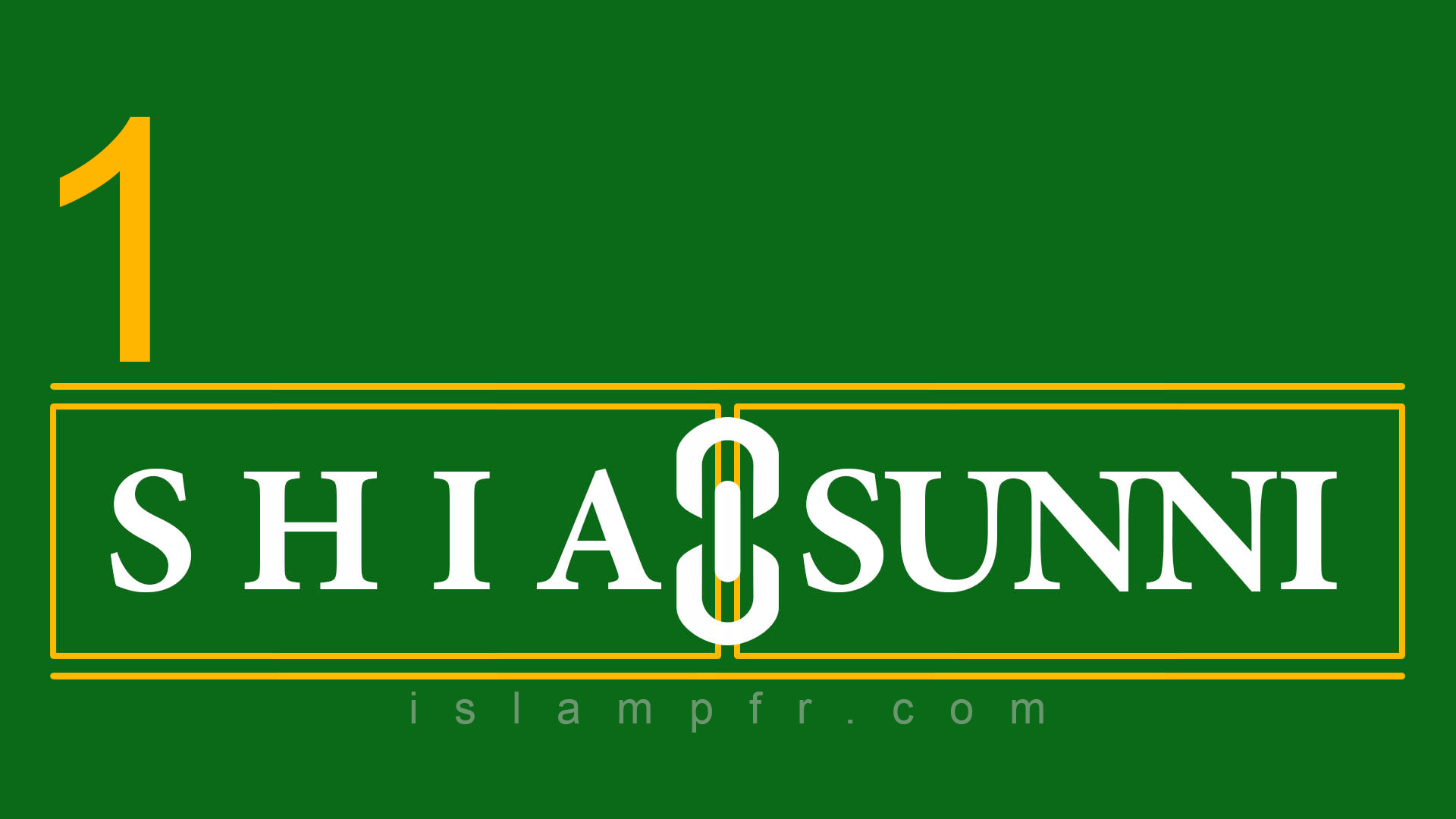 Muslims consider every aspect in the life of Prophet Muhammad (PBUH) to be very significant. For not only the Prophet’s statements are away from any carnal desires and is related to the origin of Revelation according to the holy Quran, but also, His actions show the true way of life. Throughout his life, specific events happened that were of great importance, of those one is known as Ghadir, held in a location called Ghadir Khumm.

The event of Ghadir consists of several aspects that give it a brighter value than the rest of the events.  The references for the actual event, the large number of narrators, and the Islamic that witnessed and reassured of the event all prove Ghadir to be one of the very few events in Islam to have such strong base in belief.

While looking at narrators of Hadith of Ghadir, we will see Prophet Muhammad’s (PBUH&HP) progeny as the first narrators.  They are Imam Ali (PBUH), Lady Fatima Al-Zahra (PBUH), Imam Hassan (PBUH) and Imam Hussain (PBUH). Furthermore one hundred and ten companions (Sahabi) of Prophet Muhammad (PBUH&HP) narrated this saying, such as:

The interesting point is that all of these companions were present when the event took place, therefore, they have narrated the saying directly. Of the others who have narrated the Hadith of Ghadir, were 83 people from Tabe’in. Some of them are:

After Tabe’in, Sunni scholars from second up to the thirteenth century have narrated the Hadith; three of the Sunni Sahih authors (from the six) and two of their jurisprudence leaders are amongst those. The precise number of Shia scholars who have narrated this saying is not known, however, some of the most popular ones are:

Ten years after the migration (Hijra), on 18th of Dhu al-Hijjah, Several months before his death, Prophet Muhammad (who was living in Medina) made his last pilgrimage to Mecca in what is known as The Farewell Pilgrimage. There, atop Mount Arafat, he addressed Muslim crowds in what came to be known as The Farewell Sermon. After completing the Hajj, Prophet Muhammad (PBUH) started back towards Medina. During his trip, he stopped at the pond at Khumm (now al-Johfa). He ordered to his close followers to call all the people in different places to join him in his last pilgrimage. Then he started: “It seems the time approached when I shall be called away (by Allah) and I shall answer that call. I am leaving for you two precious things and if you adhere to them both, you will never go astray after me. They are the Book of Allah and my Progeny that is my Ahl Al- Bayt. The two shall never separate from each other until they come to me by the Pool (of Paradise).”

He continued: “Do I not have more right over the believers than what they have over themselves?”

Shia interprets this as an announcement of Imam Ali’s succession to the Prophet, while Sunnis believe that it was intended as public praise of Ali (PBUH) before his companions (some of whom disliked him).

Immediately after the Prophet (PBUH) finished his speech, the following verse of the Quran was revealed: “Today I have perfected your religion for you and completed my favor upon you and have chosen for you Islam as religion” (Surah Al-Ma’idah, verse 3)

The above verse clearly indicates that Islam without clearing up matter of leadership after Prophet (PBUH) was not complete, and completion of religion was due to announcement of the Prophet’s immediate successor.

After his speech, Prophet Mohammad (PBUH) asked everybody to give the oath of allegiance to Imam Ali (PBUH) and congratulate him. Among those who did so was ‘Omar Ibn Khattab, who said:

The news spread quickly all over urban and rural areas. When Harith Ibn Nu’man al-Fahri (or Nadhr Ibn Harith according to another tradition) came to know of it, he rode his camel and came to Medina and went to the Messenger of Allah [s] and said to him: “You commanded us to testify that there is no deity but Allah, and that you are the Messenger of Allah. We obeyed you. You ordered us to perform the prayers five times a day and we obeyed. You ordered us to observe fasts during the month of Ramadan and we obeyed. Then you commanded us to offer pilgrimage to Mecca and we obeyed. But you are not satisfied with all this and you raised your cousin by your hand and imposed him upon us as our master by saying `Ali is the maula of whom I am maula.’ Is this imposition from Allah or from you?”  The Prophet (PBUH) said: “By Allah who is the only deity! This is from Allah, the Mighty and the Glorious.”

On hearing this Harith turned back and proceeded towards his camel saying: “O Allah! If what Muhammad said is correct then fling on us a stone from the sky and subject us to severe pain and torture.” He had not reached his camel when Allah, who is above all defects, flung at him a stone which struck him on his head, penetrated his body and passed out through his lower body and left him dead. It was on this occasion that Allah, the exalted, caused to descend the following verses:

“A demander demanded Allah to send a chastisement in him (1). For the disbelievers there is no repeller against the divine chastisement in this world and in the hereafter (2). Since it is from Allah the owner of the ways of ascent to his presence (3).”   (Surah Al-Ma’arij, verse1-3)

The current knowledge of the Prophet’s life is mainly based on sources such as Ibn Hisham , al-Ṭabarī, Ibn Saʿd, etc. that are silent over Prophet Muhammad’s stop at Ghadir Khumm. Even when the writers mentioned the event, they said nothing about his speech (evidently due to the fear of provoking the hostility of Sunni rulers by providing material for polemic of Shia who used the Prophet’s words in support of their belief in Imam Ali’s right to be leader/ Caliph). Similarly, western biographers of Prophet Muhammad (PBUH) make no mention of what happened at Ghadir Khumm as their works are based on these same sources. In fact, the Sunnis on the other hand, do not deny Prophet Muhammad’s declaration about Ali (PBUH) at Ghadir Khumm, but they argue that he was simply urging the audience to hold his cousin and son-in-law in high esteem and affection.

From long to short of it, the Prophet Muhammad (PBUH) stated a leader after himself either to guide Muslims or prevent them to deviance. This leadership is called Imamate.

In both Shia and Sunni narratives, it is mentioned that each Muslim should research in his/her own beliefs and find the best and the most correct religion and faith to live according that.

Here we see one of those narratives that is accepted by Shia and Sunni:

“My nation will be divided in 73 sects”

Termezi, one of the greatest Sunni scholars have noted that and also, Hakem Neishaburi has confirmed that. Thus, we all needed to find that savior sect and adhere it as the Prophet Muhammad (PBUH) has said.

Shia’s proofs for being savior sect

Each Islamic sect claims they are the savior sect and the others are deviant. However, the only sect which can proof its own claim by Quran, Hadith and even the opposite books, is Shia Asna-Ashari (Shia Muslims who believe in 12 Imams who are from Ahl Al bayt). There are a lot of reasons but now we just confine some of them:

In the book, Sahih-e-Moslem, one of the most valid books of Sunni Muslims, is written that The Prophet Mohammad (PBUH) said: وَمَنْ مَاتَ وَلَيْسَ فِي عُنُقِهِ بَيْعَةٌ مَاتَ مِيتَةً جَاهِلِيَّةً.

That means: “if anyone dies without any allegiance, he/she will die like unwise person(unwise person, refers to the time before Prophet Muhammad (PBUH) coming when people was living in idiotism and ignorance)”

That it means: “if anyone dies without having Imam, he/she will die like unwise person.” (Mosnad-e- Ahmad, volume4, page 96)

The only sect after Prophet Muhammad (PBUH) that always knows the Imam of the time is Shia Asna-Ashari sect that always has the allegiance of a Specific Imam, but the other sects are not like that.

Shia and Sunni Muslims have quoted in valid and Mutawatir (Frequent) documents that the Prophet Muhammad (PBUH) frequently has stressed his successors until the Day of the Resurrection are 12 people. As well as, Moslem is written in his book, Sahih-e-Moslem that the Prophet (PBUH) has said: إِنَّ هَذَا الأَمْرَ لاَ يَنْقَضِي حَتَّى يَمْضِيَ فِيهِمُ اثْنَا عَشَرَ خَلِيفَةً.

“This order (Islam) will not be matured until 12 Caliphs will be going on (rule) among them.”

According to the narratives, real Caliphs are just 12 through Islam and the only sect which could adapt these 12, is Shia. Some Sunni scholars have confessed they couldn’t understand the meaning of this narrative and they don’t have any clear meaning for that. It’s just Shia that is able to adapt this narrative to its beliefs.