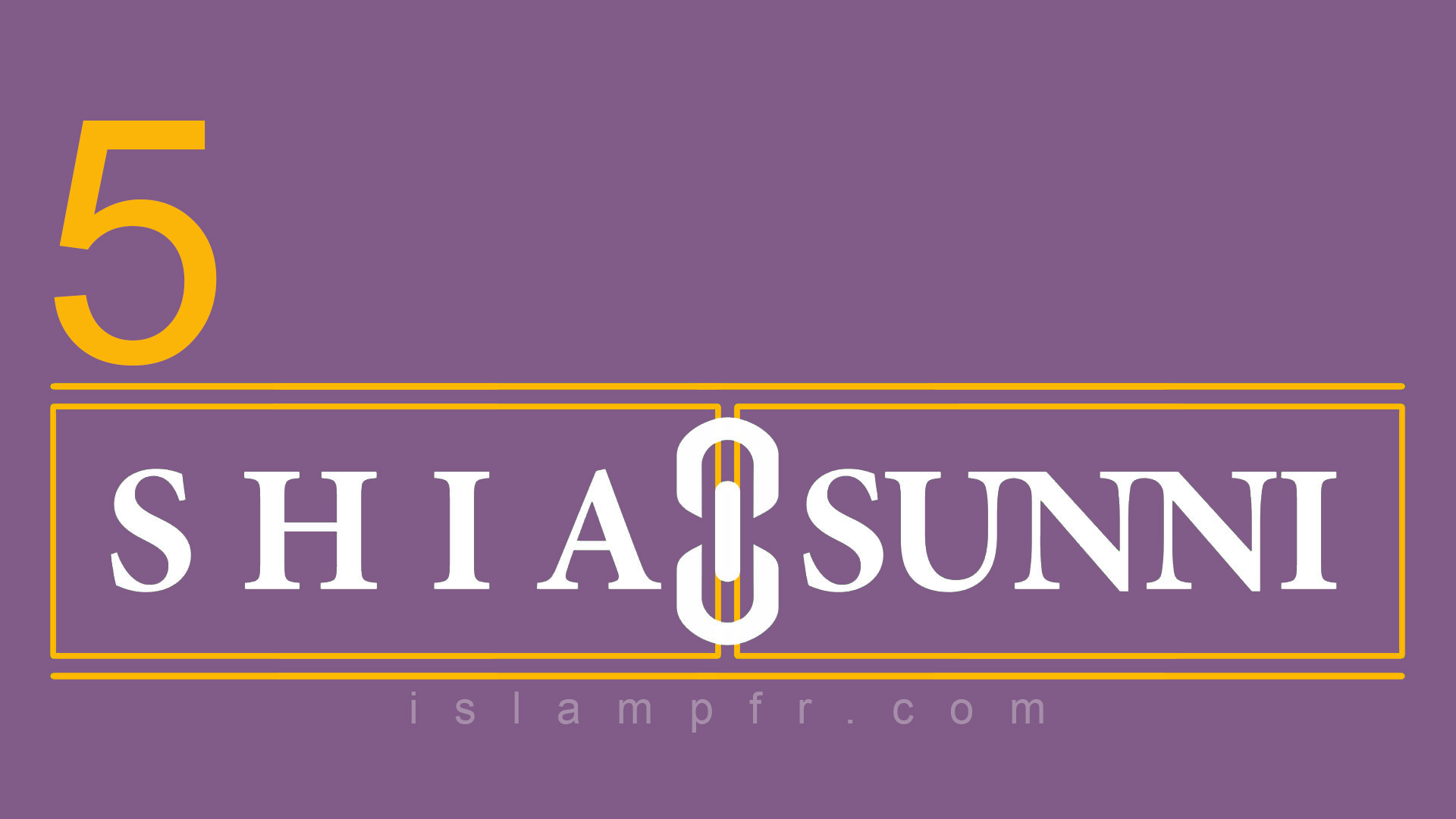 In the verse 28 of Ghafir Sureh:

“And a believing man from the family of Pharaoh who concealed his faith said, “Do you kill a man [merely] because he says, ‘My Lord is Allah ‘ while he has brought you clear proofs from your Lord? And if he should be lying, then upon him is [the consequence of] his lie; but if he should be truthful, there will strike you some of what he promises you. Indeed, Allah does not guide one who is a transgressor and a liar.”

This verse is from the verses which allowing Taqiyya explicitly because it is intending to describe the story of a believer from Pharaoh’s family who had concealed his faith to Prophet Moses (PBUH) the Prophet from the pharaoh and the people close to him. This was the sole factor that caused to the Prophet Moses (PBUH) rescue from definite death. When he felt that fire of the Pharaoh’s wrath would soon take Moses’ life, bravely step in and lovely and indeed wisely defended Moses (PBUH) with his prudent speech.

Also the messenger of Allah recommends to his disciple, Abu Dhar:

Abu Abdullah al-Hakim Nishaburi (He was a Sunni Iranian scholar) makes remark after quoting this:

In “Sahih Muslim” one chapter by this title has been opened:

“About doing two prayers immediately in not travel times”

This title has been deleted in “Navavi’s Description”. We here bring some of those prophetic sayings:

“The messenger of Allah (PBUH) did noon and afternoon prayer together and summed evening and night prayer while there was neither fear nor being in travel. “

Also Al-Alusi despite his dogmatism ahs admitted this interpretation from above verse and says: “The admission of adding two prayers is confirmed by correct quotations”

Shia and Sunni Islam have common in generalities of prayer but their disagreements are merely in details. The root for these disagreements is derived from the fact that Sunnis have faced to the “Sirah” (tradition or life) of four Caliphs and even have preferred their views against religious assertions and in cases of discrepancies between Caliphs’ Sirah and Quran appearance or The Prophet’s tradition they adopt this first. Also in this regard they obey Faqihs (Jurists, experts in Islamic Law) other than Ahl Al-Bayt (the Prophet’s Progeny), but Shia only follow Ahl Al-Bayt School in their “Fiqh” (Islamic jurisprudence) and its Principles of the religious decrees and this difference has cause to arise differences in practice too. Unfortunately due to putting distance between the caliphates or reigns after the prophet’s decease (PBUH) and Ahl Al-Bayt who are the most knowledgeable people to Islamic laws, these reigns have always made attempts to propagate people and philosophies other than ones which are approved by Ahl Al-Bayt, in a way that even until several centuries while all Islamic denomination Fiqhs were recognized as validated but the school of Ahl Al-Bayt was not. One of these disagreements is the method by which people wash themselves for prayer.

” وامسحوا برؤسکم‌ و ارجلکم الی الکعبین” meaning “Wipe over your heads and your feet until the ankles (in fact metatarsal bones).”

In this verse Allah order for wiping over the head and both feet while surprisingly the Sunni wash the feet. The cause of this heresy was Usman’s skepticism in his middle reign about the fashion by which the Prophet Muhammad (PBUH)had been making his Wudhu. He from that time on announced publicly for the Wudhu making style which is currently in common between Sunnis. This faced lots of opposition between the Prophet’s companions but for political reasons Umayyad governments propagated Othman’s Wudhu Fashion (Othman’s Skepticism) all over the Islamic lands and dominated a fear atmosphere that none of the Prophet’s companions did not dare to express their opposition and caused this fashion to be wide spread and lasted until now.

The main reason for standing with arms folded while praying is Bukhari’s quotation in which has asserted that “Al-Naas Yu’meruna’, الناس يؤمرون” (Unknown people order for) but not the Prophet orders that right hand to be put on the left. Under no circumstances according to this quotation is this not amongst the Prophet’s traditions. The full Hadith is as follows:

“It is quoted from Abi Hazem and then from Sahl Ibn-e Sa’d: (Unknown) people ordered that prayer holders to put their right hand on the left forearm. Abi Hazem says: I know nothing about this quotation other than it is attributed to the Prophet. Ismail says: this quotation is “attributed” and does not say he himself has attributed”

Also prostrating on “Mohr” (A small cubic baked clay or stone) is another disagreement between Shia and Sunni. According to the same quotations between both two groups the Prophet Mohammad (PBUH) has been prostrating on soil and mat and never on carpet, prayer-linen, and garment and … which the Sunni are prostrating on, accordingly prostrating on such stuffs are heresies that are in common between Sunnis.

The first person who prostrated on soil (ground) of Imam Hussein’s Shrine was Imam Zein Al-Abedin (The Fourth Imam) that he took some soil from his father’ tomb brought to Medina and he and his family prostrated on that soil.

Shia also by following Imams’ patterns which are one of “Saghalein” (Two very heavy and important patterns, which are Holy Quran and Ahl Al-Bayt, (the Prophet’s progeny, 12 Imams and the prophet’s daughter, Lady Fatimah (PBUH)). The Prophet Muhammad ordered all Muslims in all over the world and all over the history to obey them) consider prostrating on the Lord of martyrs, i.e. Imam Hussein’s soil as “Mostahab” (A practice which may cause the practitioner to get closed to Allah or the prophet and his Progeny) and steadily practice doing this.

“I have been gifted the five which are not given to anybody before me …. The earth has been assigned for me the place for prostrating and cleanser.”

And it is quoted from Abu Wael:

“I saw the Prophet (PBUH) when he would prostrate, would locate his forehead and nose on the earth.”

And even it has been narrated that some of the companions such as Masrugh Ibn Al-Ajda’ would always carry something like today Mohr and in his travels by ship prostrate on it. Mohammad Ibn Sa’ad in “Tabaghat Ul-Kobra” writes:

“Whenever Masrugh went for a journey took some soil with him to prostrate on it in the ship.”

“Prophet Muhammad (PBUH) saw my slave whose name was Aflah avoiding the soil when prostrating, The Prophet ordered him to throw yourself down on the soil (i.e. prostrate on the soil and do not avoid it).”

Forbiddance of Messenger of Allah to prostrate on turban:

“The Islam Prophet (PBUH) saw a man who was prostrating on a part of his turban. That Excellency pointed by his hand that throw up your turban and pointed to his forehead (make your forehead touch the soil while prostrating)”

This proves that when prostration no medium must be there between forehead and the earth and prostrating on turban, carpet and alike is not correct.

All of these changes which are against the Prophet’s tradition are for the reason to which Amir Al-Momenin (The Lord of Believers, in Shia means only Imam Ali (PBUH)) Ali Ibn Abi Talib (PBUH) has pointed in a sermon of Nahj Al-Balagha (The rout of Rhetoric, is the most famous collection of sermons, letters, Interpretations from Holy Quran and narrations attributed to Imam Ali (PBUH), cousin and son-in-law of Prophet Muhammad (PBUH) :

“When Allah took the Prophet (to himself) a group of men went back on their tracks. The ways (of misguidance) ruined them and they placed trust in deceitful intriguers, showed consideration to other than kinsmen, abandoned the kin whom they had been ordered to love, and shifted the building from its strong foundation and built it in other than its (proper) place. They are the source of every shortcoming and the door of gropers in the dark. They were moving to and fro in amazement and lay intoxicated in the manner of the people of the Pharaohs. They were either bent on this world and taking support on it, or away from the faith and removed from it”