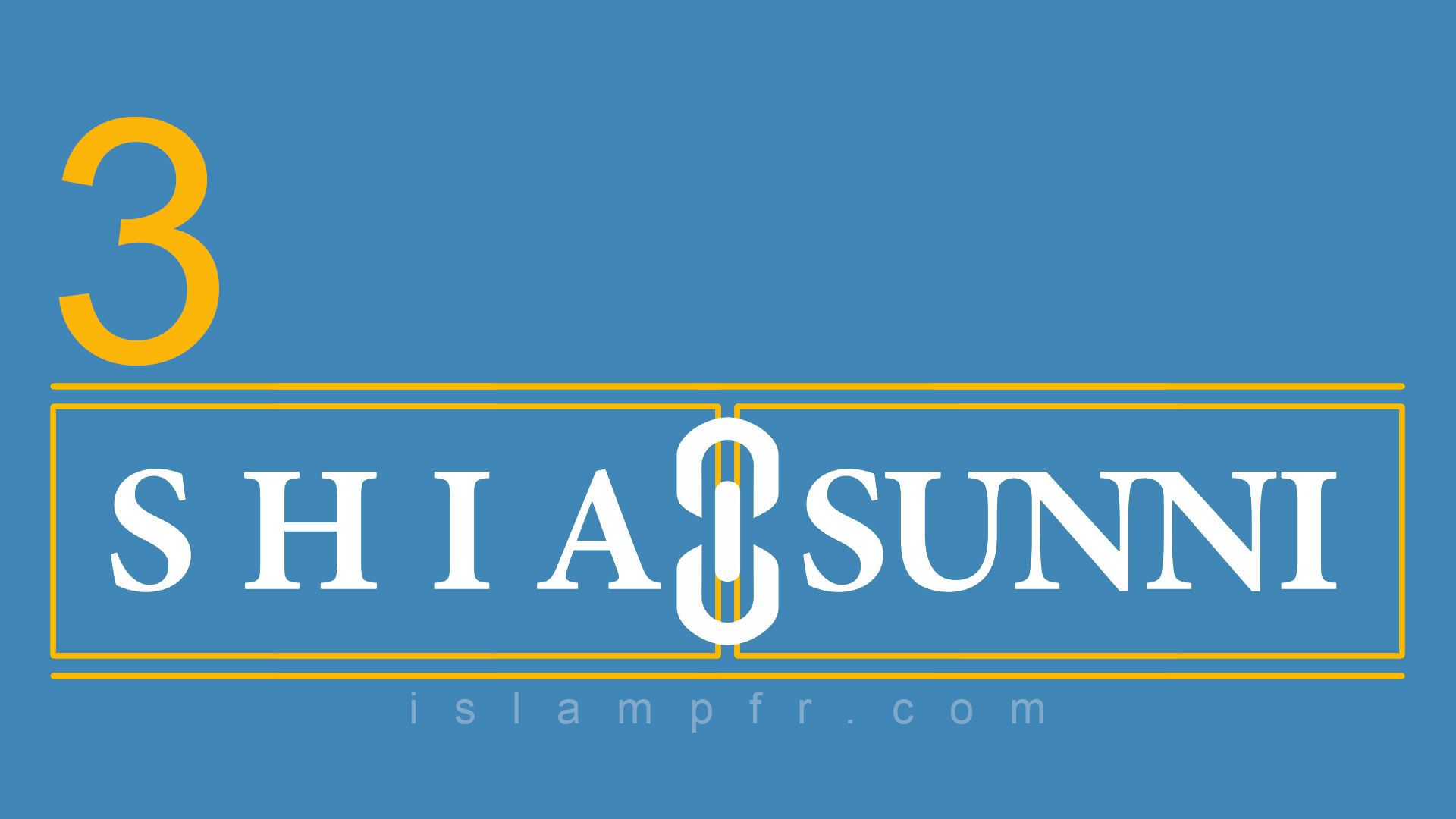 Was there any consensus for Caliphate of Abu Bakr?

When Sunni Scholars couldn’t find any valid or documentary narrative from the Prophet Muhammad (PBUH) or from Quran, they claimed the companions of the Prophet selected Abu Bakr by consensus. However, this claim is not match even with the most correct Sunni narratives, for instance, Bokhari has quoted that Omar Ibn Khatab said in his speech:

Qurtubi, one of the greatest Sunni interpreters has stated that Omar selected Abu Bakr by all by himself and there was no consensus:

“If Caliphate had been formed by one of the persons who the other people trust them, it would have been able to be proved…. Our reason for this claim is: Omar pledged allegiance to Abu Bakr all by himself while none of the companions of the Prophet didn’t deny.“

Also, Bokhari has quoted from Omar Ibn Khatab, in his book-Sahih- that all Ansar (Ansar means helpmates. people who became Muslim in Medina and had an effective role in spreading Islam) and even Ali Ibn Abitaleb (PBUH), Zobair Ibn Avam and all their followers were opposed:

“All Ansar opposed us and gathered in Bani Sa’ede shed, and also Ali and Zobair and their Entourage opposed us.”

“The most of Bani Abd Manaf tribe (a tribe which composed of Bani Umaieh(Umayyad), Bani Hashem and the other tribes) was eager to accept caliphate of Ali Ibn Abitaleb(PBUH).”

Tabari and Ibn Athir have quoted in their history that all Ansar or some of them have said: we only allegiance to Ali Ibn Abitaleb.

And it is quoted from Aisha in Sahih Bokhari, that Lady Fatimah (PBUH) and Imam Ali (PBUH) didn’t allegiance to Abu Bakr up to 6 month

Was democracy governing in Abu-Bakr’s caliphate and did they use power (force) to work?

According to Aisha , Bokhari writes in his valid that of the time of choosing Abu Bakr Omar Ibn Khattab would frighten people and there was discord (faction) among people .

And it is written by Taban in his history that after Abu Bakr’s arrival of the Caliphate, Omar Ibn khattab would say :

“When I saw Aslam Tribe, I was certain about the victory”

Aslam Tribe is the same tribe that forced people to allegiance to the caliphate with sticks.

Is Abu bakar’s saying prayer instead of Prophet is a reason for his becoming caliphate?

Sunni scholars Cite to the case of Abu Bakr’s praying at the time of prophet’s sickness when they saw that there is no reason or text in Quran about it and they claim that Prophet (PBUH) wouldn’t choose him for Imamate of praying which is a kind of hereafter Imamate if they didn’t deserve it. While according to the narrative of Bokhari’s valid when Prophet (PBUH) found out that Abu Bakr had gone to Mosque to be praying Imam, went there and put him aside and said prayer by him and Abu Bakr was only standing aside and this was only because Prophet (PBUH) didn’t want to give any excuse (pretext) to his fans in future.

The Prophet of Islam (PBUH) chose Ibn Umm Al Maktoum who was blind to be praying Imam for people.

Sunni scholars have even clarified that Prophet himself had said prayer behind Abdul Rahman Ibn Ouf :

*If somebody’s praying instead of Prophet is the reason of his caliphate, so why Abdulah Ibn Om makhtum or Abdu Rahman Ibn Ouf weren’t chosen as prophet’s substitution?

“Permit of preying behind each good or bad person is kind of principle.”

Before this we read that Sunni’s scholars use meeting gathering for proving Abu Bakr’s caliphate legitimating.

Now the question is this, if base of caliphate is choosing by companions meeting so why Omar was chosen by Abu Bakr, why for choosing him they didn’t held council?

“I choose Omar Ibn khattab instead of myself, you should obey him and be obedient” and Ibn Hoban writes in Alsaghat that Abu Bakr said in time of Omar choosing:

“Allah I chose Omar as Muslims leader without your Prophet permission.”

“Abu Bakr sent somebody to bring Omar when he was dying. People said: you dominate a person who is rough and bad temper, if he becomes governor he will become stricter and more violent. How do you want answer Allah that you dominate Omar?”

The document of this exemplum is correct.

Even Ibn Teyme Harani confesses that companions were complained too:

“Companions complained to Abu Bakr about Omar substitution and said: why do you choose a rough and bad-temper person for caliphate? How do you answer to Allah? Abu Bakr said are you horrifying me from Allah? “

The six-member council of Othman’s caliphate was chosen by people or Omar.

Sunni for proving legitimating of Othman’s caliphate cite to by selection of six-member. There are different reasons for voiding this fact. Such as:

There are some exemplum in Sunni books that prove the second caliph didn’t believe council and clarify that if people were alive would choose his substitutions himself not by council’s chosen. The below sentences quoted by him:

“If Salem was alive there wasn’t any doubt for me about choosing him as caliph for you. If Aba Obeide Jarah was alive I would choose him as caliph. “

The opponent’s murder ordered in Omar council, the symbol of democracy or dictatorship.

Some of Sunni’s scholars said that Omar Ibn khattab ordered that these six members consult with each other and if somebody comments against the others, behead him.

Omar Ibn khattab said to Meghdad Ibn Asvad: “when you put me in grave gather these six people in a house till they choose one person as a caliph between themselves.” he said to Sohaib too: “You will pray for people for three days and gather ALI, Othman, Zobayr, Sa’ad Ibn Abi vaghas and Abdu Rahman Ibn Ouf and Talhe (if he was present) and present my son Abdulah Ibn Omar but he doesn’t have right of voting and stand above these six people with sword. If five of them choose one as caliph but the sixth person against them behead him by sword. If four of them choose one as caliph but two of them against them behead those two people and Abdulah Ibn Omar is judge and the sentence is the one who he says if three of them choose one as caliph and the other three people choose the other as caliph. If they don’t accept his idea the choice of group is acceptable that Abdu Rahman Ibn Ouf is in them. And kill the other if they disagree.”

Amir al Momenin (Imam of believers) Ali (pbuh) is chosen by Allah and Prophet introduces him, but on the other hand there isn’t any reason for proving the triple caliph’s caliphate even there aren’t any things in Sunni’s book.

It was needed to be explained about caliphate to know the difference between Shia and Sunni Muslims, better.

The word “Shia” in Arabic means a group or supportive party of people, thus, Muslims who accept succession of Imam Ali (PBUH) according the prophet’s speech in Ghadir Khumm, and also believe in Ahl Al-Bayt (the descendant of his daughter Lady Fatimah (pbuh) and her husband Imam Ali (pbuh) as the next successors) are called Shia. On the other hand, Muslims who didn’t accept the succession of Ali (pbuh) after the Prophet Mohammad (pbuh) and don’t believe in Ahl Al-Bayt, are called Sunni, the word Sunni in Arabic means people who follow traditions.

However, apart from caliphate subject, that is the most important variation of both Shia and Sunni Muslims, these two sects have other differences in some topics.