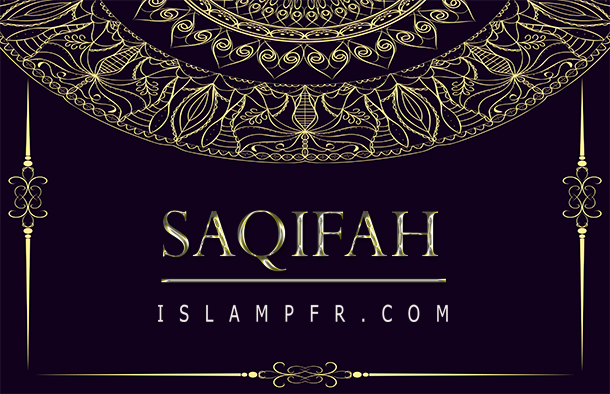 Imam Ali (PBUH): Did you expect me to leave the Prophet’s body without ablution and shroud and fight for the succession?

The Grand Prophet of Islam passed away on Monday 28th of Safar in the eleventh year after Hijra. After the announcement of the Prophet’s passage (PBUH), a group of Ansar (The Helpers) got together in Saqifah bani Saedeh immediately and decided to appoint Saad Ibn Ebadeh (their chief) as the Caliph and successor of the Prophet. In this meeting, Saad Ibn Ebadeh first made a speech and mentioned the record and superiority of Ansar and their efforts and dedication for the religion, and explained this prompted them to take the caliphate. Then some negotiations about the future of the affairs were held.

The news about Ansar’s gathering at Saqifah and their negotiations reached Omar Ibn Khattab. Omar immediately went to the prophet’s house and informed Abu-Bakr. These two figures that apparently had some plans about the caliphate for a long time with the accompaniment of Abu-Obeydeh Jarrah went to Saqifah.

At the time these three entered Saqifah, the atmosphere of the meeting changed and the audience realized that they had gone there to take the caliphate. Omar wanted to speak first but Abu-Bakr prevented him and started to talk. He started his speech by praising God and then admired Moharjeran (the Immigrants) and mentioned their faith and persistency against the torment of the pagans. Then by concluding that the Immigrants were the relatives of the prophet proved that they were merit to take the caliphate and announced that disapproving of this would be a kind of injustice.

With his (Abu-Bakr’s) speech, there arouse disagreement among the Ansar, some of them backed Abu-Bakr and the Immigrants and some of them backed (Saad Ibn Ebadeh) and finally the Ansar front weakened due to dispute and conflict. Abu Bakr cherished the moment and said to the audience: “O people choose between this (Omar) and that (Abu Obeydeh), shake hands (a sign of showing allegiance) with one of them whomever you wish and appoint him as the successor of the prophet”. However, those two said: “O Abu Bakr you are the fittest person for caliphate and it is not fit if someone ranks higher than you since you were the prophet’s company in the cave.” They grabbed the attention of the audience by counting his virtues in order to make them ready to accept his allegiance. In the meantime one of the Ansars who felt jealous (toward Saad Ibn Ebadeh) stood up and to prevent Saad’s possible caliphate, put his hand on Abu Bakr’s hands and shook hands with him as the successor of the prophet. After him another person from the elites of Aws (who was afraid of the possible ruling of the Khazrajis) shook hands with Abu Bakr.

This way the caliphate of Abu Bakr was formed while many of the prophet’s great companions such as Amir Al-Momenin Ali (PBUH), Abdullah bin Abbas, Salman, Abuzar and others were not present in that meeting and Amir Al-Momenin Ali (PBUH) and other companions were dealing with a far more important issue, i.e. shrouding and the act of ablution of the Grand Prophet (PBUH).

The incentives for the formation of Saqifah

Although apparently and historically speaking, Ansar were the originators of Saqifah, but the Immigrants took the leadership merely by being present at the nick of the time and introduced themselves as the main directors of the Saqifah. For this, in the discussion about the motivations for the emergence of the Saqifah, we analyze the both fronts’ incentives for attending the Saqifah bani Saedeh.

Muhammad (PBUH), ten and some other years invited his nation to worship Allah and discard the idols but very few people believed in him and could not defend the prophet nor give dignity to his religion. Until God wished to give you a superiority and bestowed upon you his particular bounties and bestowed on you the belief in Himself and his Prophet and put the responsibility of defending the Prophet and his companions on your shoulders… and you were the most unrelenting people against his enemies either from your front or other ones until the Arabs willingly or unwillingly obeyed Allah… it was for your swords that they (the Arabs) surrendered. And God took his Prophet’s life while he was content with you… Pick up the caliphate because it belongs to you and not to others.

Meaning that the family of Abi-Taleb are not my friends, my friends are just Allah and the virtuous believers.” They pretended in a way that the great prophet (PBUH) was discontent with Ali (PBUH) and this Hadith violated another one (مَنْ كُنْتُ مَوْلاهُ فَهذا علىُّ مَوْلاه).

Amir Al-Momenin (PBUH) who was at the Prophet’s (PBUH) house performing the ablution and shrouding and therefore not present at the meeting, voiced his stance and ideas after receiving the news of the meeting. Here we deal with three stances expressed by him about the Saqifah:

In addition to that the people who were preparing the caliphate of Abu-Bakr, surrounded Amir Al-Momenin (PBUH) and some of Bani-Hashem Family and said: “Accept the allegiance of Abu-Bakr otherwise we arbitrate about you with our swords.” Imam Ali (PBUH) replied:

I am more suitable for this allegiance, you should accept my allegiance, you took away caliphate from Ansar due to the familial relationship you had with the Grand Prophet (PBUH), and they surrendered this right to you, now I reason the same way as you did, I was the closest person to the Prophet both during his life and at the verge of his passage. I am the heir, minister and the bearer of his knowledge… I am the most familiar with the Book of Allah and the Prophet’s (PBUH) traditions, I know the affairs the best of you all and I am the most persistence, then what do you fight for?

Omar to answer back Amir Al-Momenin (PBUH) said: “We will not let you go, unless willingly or unwillingly you accept our allegiance. Amir Al-Momenin (PBUH) revealed Omar’s intentions and said: “You scratch his back and he will scratch yours later, you establish caliphate for him today and he (Abu-Bakr) will bestow it to you tomorrow.”

As an ultimatum accompanying his wife Fatimah Zahra (PBUH) they went to the Ansar’s homes and asked help from them to counter the people who organized the Saqifah but the answer which the Ansar said to the daughter of the Prophet (PBUH) was: “We have accepted this man’s (Abu-Bakr’s) allegiance at the moment and if your husband had come to us earlier we would have accepted his!”

And Amir Al-Momenin (PBUH) replied: “Did you expect me to leave the Prophet’s body without ablution and shroud and fight for the succession?”