Home Articles The role of Zionism in Hollywood against Islam
Articles 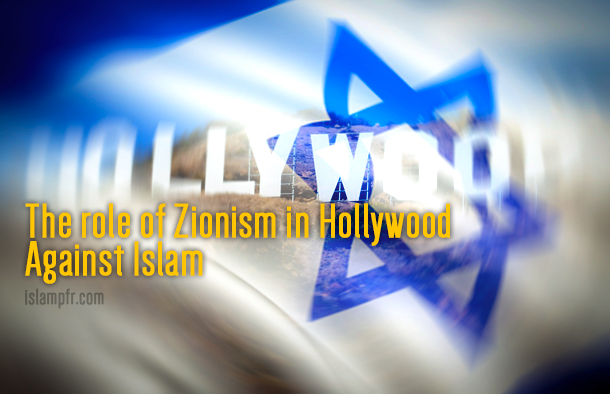 The organizations such as IPAC, which is totally under the control of Zionists, after penetrating  different media, particularly cinema, have spent too much money and have maneuvered a lot in the Pornography industry and have  seriously tried to make prostitution common in the world.  In fact they are after making profits and a kind of cultural invasion especially in Islamic countries which they have special plans for these purposes. Zionists entered industry of pornography just for the same reasons that their co-religionists had entered Hollywood. They were attracted to this industry primarily because restrictive barriers had not yet been erected, as they had in so many other areas of American life. In Porn industry there was no discrimination against Zionists. During the early part of the twentieth century, an entrepreneur did not require large sums of money to make a start in the film business; cinema was considered a passing fad. It was also easy to launch the career of Pornography.

Gertzman explains it in this way that, ‘’ When Jews found themselves deprived of working in a field of endeavor turned to a profession in which they sensed they could thrive by cooperating with their colleagues in a community of effort…  Jews have cultivated temperament, taste and talents of middlemen for a long time. They are proud of these abilities. ‘’Then they also started to have a hand in other cinematic genres especially in  historical cinema,    horror movies, and in fields related to Savior and  apocalypse through which they have tried to show Jews as the world`s savior and Moslims as the cause of evil and misery in the world.

But  the story doesn’t end here because they have also distorted the history particularly where it is related to Jewish tribes, in addition  there are a lot of documents proving   this issue, as the Zionist journal, Moment, says: “Jews manage Hollywood well.’’

This indicates their admission of this matter which has been intensified during last years. It is worth noting that today the Hollywood`s Zionists have invested greatly on both adult porn entertainment as well as propagating superstitions , as they are still trying for that  , and since their work has started, they proved their talent and intelligence in this regard and could make lots of money through appropriate marketing. . The adult entertainment business requires the things which Zionists possess in abundance: chutzpah (indecency, impudence, and obscenity). They improved with the help of these factors and proceeded as much as they wished by violating a lot of moral principles!

The significant point is that with the support of most American theorists such as Wilhelm Reich, Herbert Marcuse, and Paul Goodman, they replaced the theorists like Marx, Trotsky, and Lenin. As revolutionary justification requires, Reich`s central preoccupations were work, love, and sex, while Marcuse prophesied that a socialist utopia would free people to achieve sexual satisfaction. Goodman wrote of the ‘’the beautiful cultural consequences’’ that would follow legalizing Pornography: it would ‘ennoble all our lifetime’ and would ‘humanize sexuality.’

Just as their counterparts in Hollywood had provided a dream factory for Americans and a blank screen to show the visions and assumptions of the American rich and influential Jews,   the masters in Pornography field displayed their talent and creativity for understanding the public desire and taste. What way would be better than preparing the essence of dreams and delusions through adult entertainment industry?

Jews were also at the vanguard of the sexual revolution of the 1960s. This imposed issue on America gradually caused big moral crises in America which damaged not only the other cultures but also the American culture as well and caused sexual prematurity, family basics ruin, and destruction of morality in American families. It was a great damage to the American society which its only outcome was huge profits for the Zionist lobbies having invested on them and in turn it led Zionism to penetrate America more which harmed American people as well as the people all around the world.

It is interesting that this issue was followed by the severe objection of American families because they did not want their children to watch porn movies and subsequently get involved in sexual and moral crises and mental illnesses and in turn become deprived of education and other matters (which should be the main preoccupation of the youth) and be a victim of Zionists` profit earning. But the fact is that most of the American politicians made a profit out of it too and more interestingly the actors who assisted them with making such   movies could later become famous celebrities in Hollywood! Indeed, holding immoral contests to select the most beautiful woman… were followed seriously after these kinds of movies  which indicated the culmination of profit made by Zionists who  were ready to ignore the moral principles and family basics just for the sake of money.

Zionism and religion distortion in Hollywood

Their penetration into cinema did not end here, rather they extended it to religious issues and started to distort religion, spread superstition, and have a special view about the Apocalypse in cinema. In this regard, Zionists tried to imply that the God`s presence is uninfluential and they did so by spreading pictorial secularism and materialistic view. To achieve these purposes no magic could be more helpful than religious superstitions.

Jews` religious superstition is based on some principles. Principle1: The superstitious view of Jews toward the concept of Satan. According to this point of view, Satan is a diabolical concept with awesome and destructive power that stands against God and puts the humans` generation in peril with the help of his followers. In those kinds of movies in which Satan is depicted so, human is a defenseless entity who is captured by Satan and there is no help for him from God. Here his will or other humans’ will is the only thing he can be hopeful about. These superstitious and childish beliefs have been the theme of various movies like «The Exorcist», «The Omen»,« The End of Days», and «Devil`s Advocate»,  . Critics have often said that there are indeed no appropriate and moral purposes in these movies because they are wrong in root. Stepping into Metaphysics world without mentioning God results in the absurdity of the content of those movies.

Hollywood Zionists mostly tend to convince the others to accept their dominance by showing these movies. In fact, they seriously try to show their enemies, particularly Moslims, wild, uncivilized, and immoral and this is obviously implied in their movies. Moreover, since formation of Zionism government till Islamic revolution, Zionist cinema has featured Moslims as plunderers, or rich and stupid, or powerful and cruel who show no mercy to anyone. Objectively looking, one can see that Zionists` investment on pornography indicates a great planning of the west and particularly Zionists against us. And this cannot be neglected because their main target is the youth.

One of the best ways to deal with this issue is to alert and clarify things for youth and people. People should know that the purpose of making such movies is to conquest their mind and cognition so that they would become ignorant of main things. Therefore this can be perceived as Mind Colonization, the thing the West is looking for. That`s because the first step to destroy nations is to conquest them culturally and   destroy the roots of their belief system. Doing so the path will be paved for further achievements. The nation which has lost its culture and original belief system will be vulnerable to negative changes. Indeed, the cure for this pain is Awareness. It is the duty of the media as well as the people themselves to aware everyone of what plots Zionist lobbies have in mind.

The zionist imoral beasts will all burn in hell.

yes ofcourse freemason is one of thier missions’wich is related with terrorrism.