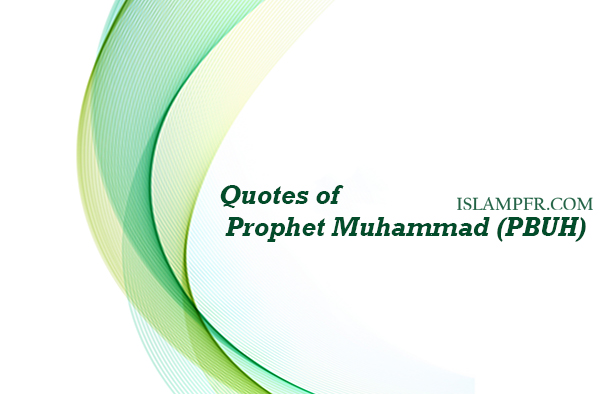 Prayers of anyone who drinks intoxicants are not accepted till forty days and nights .

An alcoholic person meets God as an idolater. Hujr-ibn-‘Adi1 asked: “Amir al-Mu’minin2 (the commander of the faithful), who is an alcoholic?” He replied: “A person who drinks alcoholic beverages whenever finds them.”

When a man becomes nude and unveiled, the devil looks at him and covets him. Then, because of this, veil yourself. It is not worthy of a man to put his clothes away from his thigh (i.e. he undresses) and sit among people.

A God’s servant is in the farthest position (and/or the furthest state) to God while he is endeavoring solely for his stomach and sexual lust.

If anyone inebriates an unwise child any intoxicating drinks, God imprisons him in morass part of hell till he is going to excuse with warrant.

Veil imperfection to the extent you are able; God will veil that of yourself which you would like to have veiled from your subjects. Loose from men the knot of every resentment, sever from yourself the cause of every animosity. Pardon others’ excuses; put punishments away by substituting doubts instead as much as you can, and ignore all that which is not clear to you. Never hasten to believe the slanderer, and do not accept his advice, for the slanderer is a deceiver and he repeatedly adds intrigues and fraud among his sayings, even if he seems to be a sincere advisor.

Bring not into your consultation a miser, who might turn you away from liberality and promise you poverty and distress; nor a crowd, who might enfeeble you in your affairs; nor a greedy man, who might in his lust deck out oppression to you as something fair. Miserliness, cowardliness and greed are diverse temperaments which have in common distrust in God.

Study much with men of knowledge (ulama) and converse much with sages (hukama) concerning the consolidation of that which causes the state of your land to prosper and the establishment of that by which the people before you remained strong. Associate and make friend with wise men which it makes the truth stable and lapses the falsehood; and it is suffice for giving reasons and examples for because proper customs is exactly the same as to obey God.