Prophet of Islam in the word of the wise 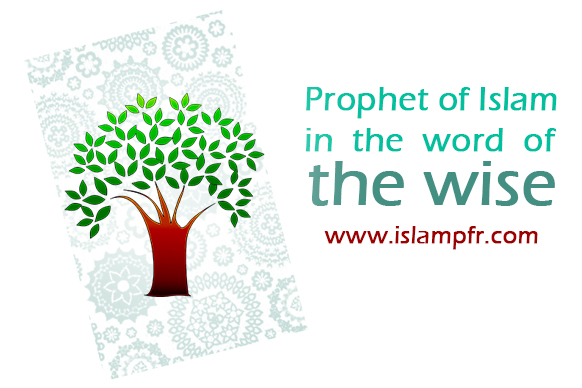 Prophet of Islam in the word of the wise

The most influential figure in history

Michael Hart, born in April 28, 1932, is a physicist, a mathematician at Cornell University, holds a doctorate in astrophysics from the University of Pearson, juris consult, an expert in computer science and a faithful American.

He published a book by the title of “100” in 1978. This book ranks 100 people who were the most influential persons in history.

More than 500,000 copies of this book have been sold all over the world since then and it has been translated into 15 languages.

The first rank belongs to prophet “Muhammad” (PBUH) in this book.

He has written a detailed explanation about the reason why he has dedicated the first rank to “Muhammad” in the second print of his book that an abstract of it can be read below.

“This choice may surprise some people but he was the only man in history who was supremely successful on both the religious and secular levels. Today, thirteen centuries after his death, his influence is still powerful and pervasive.

Since there are roughly twice [the latest estimate is that there are more than one thousand million Muslims in the world] as many Christians as Muslims in the world, but “St. Paul” was the main developer of Christian theology and its principal proselytizer. “Muhammad”, however, was responsible for both the theology of Islam and its main ethical and moral principles. It is probable that the relative influence of “Muhammad” on Islam has been larger than the combined influence of “Jesus Christ” and “St. Paul” on Christianity. He may well rank as the most influential political leader of all time.”

From the 100, a Ranking of the Most Influential Persons in History

Goethe, the famous German poet has composed a poem by the title of “the song of Muhammad” after knowing Islam and its messenger. This poem is composed from the perspective of the prophet’s closest relatives; Imam Ali (PBUH) (his cousin, son-in-low and successor) and Lady Fatima (PBUH) (his daughter and his only offspring). Goethe has described all steps of Prophet Muhammad’s (PBUH) call and guidance among the people using metaphors and symbols in his poem.

“He must be called the savior of humanity. I believe that if a man like him were to assume the dictatorship of the modern world, he would succeed in solving the problems in a way that would bring the much needed peace and happiness. He was by far the most remarkable man that ever set foot on this earth. He preached a religion, founded a state, built a nation, laid down a moral code, initiated numerous social and political reforms, established a powerful and dynamic society to practice and represent his teachings and completely revolutionized the worlds of human thought and behavior for all times to come. HIS NAME IS “MUHAMMAD”. He was born in Arabia in the year 570 CE, Muhammad started his mission of preaching Islam, the religion of truth and the submission of man to One God, at the age of forty and died at the age of sixty-three. During this short period of 23 years of his prophethood, he changed the complete Arabian Peninsula from paganism and idolatry to worship of one God, from tribal quarrels and wars to national Solidarity and cohesion, from drunkenness and debauchery to sobriety and piety, from lawlessness and anarchy to disciplined living, from utter bankruptcy to the highest standards of moral excellence. Human history has never known such a complete transformation of a people or a place before or since. And imagine all these unbelievable wonders in just over two decades.”

“There is no doubt that Prophet Muhammad is one of the greatest reformers who served the social framework profoundly.”

The Rule of Prophet Muhammad