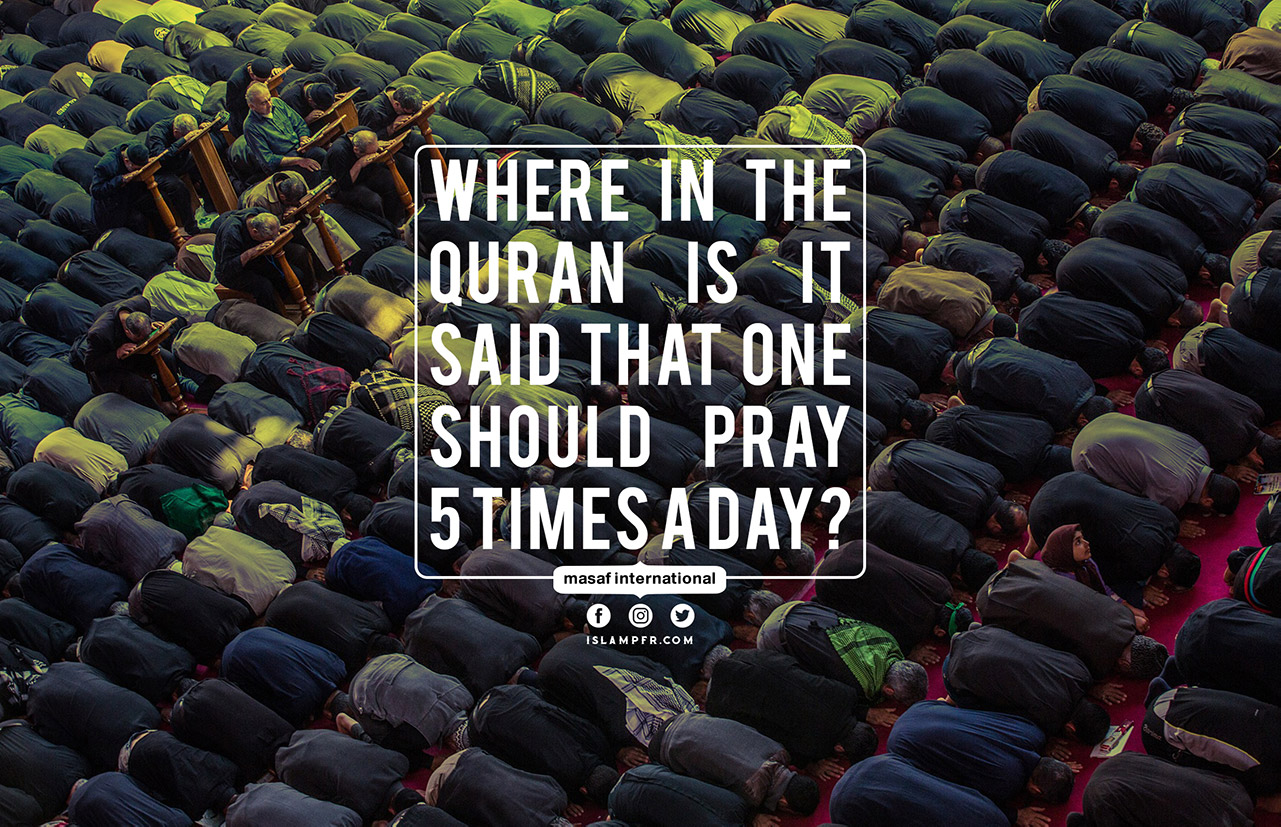 Where in the Quran is it said that one should pray 5 times a day?

In the Holy Quran, only two verses speak about the praying times, and only three times are mentioned for the daily prayers, and not five times.

The first verse is in Surah Hud: Maintain the prayer at the two ends of the day, and during the early hours of the night.

However, considering that “Zolf” is the plural form of “Zolfeh”, as it is said by Mukhtar Al-Sahah and Ragheb in the book of Mofradat, it means part of the early night, which also refers to the time of Maghrib and Isha prayers.

The second verse is in Surah Al-Isra: Maintain the prayer from the sun’s decline till the darkness of the night, and [observe particularly] the dawn recital. Indeed, the dawn recital is attended [by angels].

“Doluk (the sun’s decline)” means to incline, and here it refers to the inclination of the sun from the meridian line, meaning the decline of noon.

In any case, in the holy verse, only three times are mentioned for daily prayers, and not five times, and this is the reason for the permission of praying in three times.

We also have several narrations that the Prophet Muhammad (PBUH) sometimes prayed Noon and Afternoon prayers or Maghrib and Isha prayers together, without any excuse and outside of travel.

The cooperation of Imam Ali (PBUH) with the...