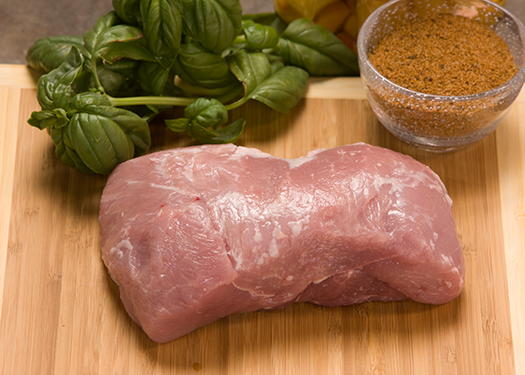 “He (Allah) has forbidden for you the dead animals, the blood and the flesh of swine”

Trichina worms are transferred to humans via pork. Trichina worms penetrate through the body muscles and are not destroyed easily and one gram of pork may contain thousands of these worms, a female trichina breeds almost 1500 young worms. This worm can penetrate into the heart and cause a heart stroke. Cooking the pork will not destroy these worms since when the pork is heated, the white material of the meat is coagulated and the worm stays undamaged in this area, and these areas in which the worm has kept itself safe won’t be digested in the stomach and will go to the intestines. Trichinella is a tiny creature which lives in pork.

An English named Sir James Paget discovered this creature in 1835. A few years later, in 1860 due to somebody’s death in Dresden (a city in Germany) a German doctor named Fredrik Ion Zenger discovered the harms of trichina and later others conducted many other researches about it.

Trichina is a tiny worm, the male one is up to 1.5 millimeter in diameter and the female one is maximum 3 millimeter in diameter and can lay between ten to fifteen thousand eggs.  By eating pork the trichina will enter the human body, then the red blood cells first start to increase but gradually fade away, this continues up to an extent that the red blood cells get very little which brings about anemia and can ultimately result in death.

When trichinas enter the stomach they will lose their limy walls due to the interactions of the stomach acids and juice and very fast they reproduce themselves and via blood and stomach they enter the body. The first effects of this are vertigo and special fevers such as fevers related to the digestion system and later diarrhea is around the corner. The resulting fever is first mild but gradually becomes severe and chronic.

Other pains such as, rheumatism, nervous breakdowns, internal itching, accumulation of fat, spams and fatigue in whole body, contraction of facial muscles and finally pains from extreme body feebleness appear and after four or five days death occurs. The collection of illnesses which arise from the trichina worm are known as “trichieose”. If trichina gathers in the stomach no vermicide can reject it.

One of the most dangerous illnesses that occur to humans via pork is Ladrerie which is caused by tenia.

“Tenia” is from “Cestoda” class which has different forms and the tenia which enters a pig’s body is named “Tenia- sotium”. The body of this creature is composed of a scolex (head) which has two rows of hooks and four suckers by which it sticks to the wall of one’s stomach. Down its scolex, there lies a long chain of rings which makes the body and often these rings get to several meters in length.

The ring near the scolex is very small and the farther away the bigger the rings (gradually) become. Each ring of “tenia” contains a male and female one and mating happens inside each ring and the genital wholes lie on the edges of the ring.

The harms of pork are not confined to these points mentioned, pork is generally hard digested and makes trouble for the stomach to digest it. By consuming pork there arouse a toxicity which is known as “botulism”.