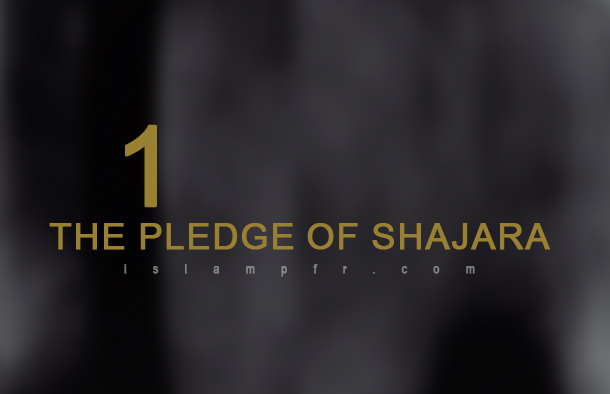 The Pledge of Shajara (Tree)

Is the pledge of Shajara [Tree] a ground for justness of the Companions?

“Allah’s Good Pleasure was on the Believers when they swore Fealty to thee under the Tree: He knew what was in their hearts, and He sent down Tranquillity to them; and He rewarded them with a speedy Victory.” (The Quran, AL-FATH: 18)

People were asking Jabir: How many of companions were present on the day of the treaty of Hudaybiyyah? Jabir said: We were under the tree which was banana, we were one thousand and four hundred people; that day we all swore fealty to the Prophet (PBUH)  while Umar was holding the tree trunk; then we all sworn fealty to the Prophet (PBUH), except for Jadd ibn Qays who was hiding under the belly of his camel.

An example of The Holy Quran

The Holy Quran explicitly states that Allah has graced Children of Israel and has preferred them over all nations.

Isn’t it that Allah has said that His best promise has been perfected and completed about them because of their patience and endurance? Weren’t they in the best state and after accomplishing high levels of science and knowledge, didn’t they fell into schism?!

Don’t you remember another event about Children of Israel that a group of them asked their prophet: choose a leader for us to fight our enemies under his command, and the prophet answered perhaps you disobey, and refuse to fight when you receive the order of war! They said how it’s possible to refuse to fight while we were turned out of our homes and our children! The order of fight was given because of their insistence, however, from the beginning of war they disobeyed except a few of them! Nevertheless Talut was chosen as commander of Children of Israel which was objected by them! Then that few people set out with Talut and the Ark of the Covenant that contained security from Allah and the relics of ancients, and was carried by angels and was bestowed to them as an assurance. After the revelation of these divine symbols, Talut tested them with a stream and most of them departed except for few who had come along with him.

Of course Allah showed his favor toward those few and they defeated their enemies when David (PBUH) killed Goliath!

Now could we state that we should avoid further criticizing the people who fled from battle in two steps, because of Allah’s security which is a symbol of his satisfaction and was descended to all of the children of Israel before they set out to the battle field?! Is this viewpoint, compatible with the logic of the Quran and isn’t the question raised here something like that?!

Perhaps you say these are two different matters and Talut’s companions destroyed their past by fleeing from battle, but it didn’t happen for Prophet’s companions in which case it should be mentioned that:

Firstly: in this case you’ve accepted immediately that humans later actions could destroy their honorable past!

Secondly: we know that it was stated in the Pledge of Ridwan that Muslims should not run away from battle, but at that time, no battle took place to test their loyalty, But it is seen that after years and in the battle of Hunayn, many of those who were in attendance on the day of the Pledge of Ridwan and in the battle of Hunayn, fled when enemy attacked and left Prophet with few till he shouted where are those who gave me the pledge under the tree?!  And then it was only by secondary revelation of divine security and sending an invisible army, that battle ended in favor of Muslims!

It is narrated that in the battle of Hunayn, when companions and those who had given the pledge fled, Prophet shouted: Where are those who gave the pledge under the tree.

So, undoubtedly some of them didn’t keep their promises and left Prophet against the provisions of the pledge.

Jabalat ibn Amr Saedi was the person who prevented Uthman’s burial in the graveyard.

Abd Al-Rahman ibn Udays is one of the people who was present in the pledge of Ridwan and had a major role in assassination of Uthman, and it is narrated that he was the commander of the army of Egypt and rebels against Uthman.

Ibn Abd al-Birr, writes down in Al-Isti’ab (The Comprehensive Compilation of the Names of the Prophet’s Companions):

Abd Al-Rahman ibn Udays is the one who swore fealty to the Prophet (PBUH) and he was the flag bearer of the group who besieged Uthman’s house and murdered him.

It is narrated from Abu Ghadiya that I heard Prophet (PBUH) saying: The killer of Ammar will be in hell. And it’s strange; because Abu Al-Ghadiya himself is the one who has killed Ammar.

There were some of the first among Muhajirs [Emigrants] who were accompanying Muawiyah, and the killer of Ammar is Abu Ghadiya and he was one of those who have given the pledge to Prophet under the tree and they are of the first companions of the Prophet (PBUH). This is narrated by Ibn Hazm and others.

Abu Ghadiya is the person who has sworn fealty to the Prophet (PBUH).

How is it acceptable that all who were present at the pledge of Ridwan are immune to error and Allah is pleased with them forever?