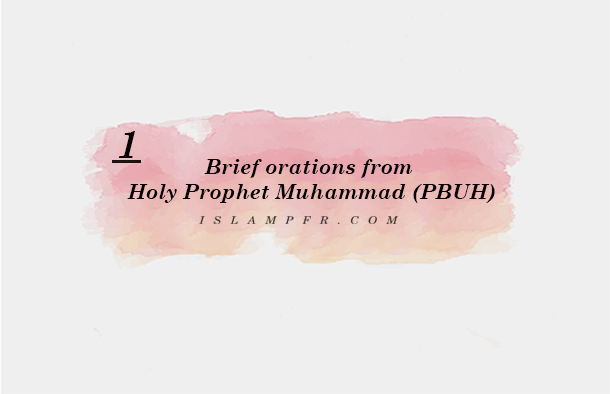 about: Knowledge, wisdom and ignorance

Learn knowledge because learning it is benevolent, and conversation about it is praying God and search on it is a Jihad. Teaching an ignorant person is like charity and its publication is the cause of closeness to God. Knowledge is the guide of lawful and unlawful and taboos and leads its followers to heaven. Knowledge is the mate of the time of loneliness and the friend of the time which you are away from your home, and it’s a guide to happiness and it’s a weapon against enemies and ornaments of friends. God has given some people elation and made their goodness a model to follow. Their work is considerable and their way and insight is the guide for people.

An insight of a wise person is to be patient in the face of a brazen fool, to forgive the one who had been cruel to him, pondering about the results before talking, if the results are good, he utters them and benefits from it and if the results are bad he stays quiet. At the time of sedition, he seeks refuge to God and controls his tongue. If he sees a good behavior, he enjoys its benefits. He never separates prudency from his characteristics, and has no greed. These are the 10 insights of a wise person.

And the viewpoint of an ignorant and foolish person is to have cruel behavior upon his friends, torture his servants, talk without thinking and his silence is neglect. In the case that he faces the sedition, he ends up in infamy. If he sees a good behavior, he begins mocking or ignoring it. He has no fear of his past sins and continues his sins till the last second of his life. He is lazy at the time that he can do something good. He did not pay any attention to what he had lost or what he destroyed. These are 10 features of ignorant people.

The Figure of Jesus Christ in Contemporary Christianity – Part 6

to assure who ever found himself in that situation to look up to Allah to be consoled and protected. So it was pointless to preach vengeance to this kind of people suffering from this similar fate. Indeed, Prophet Muhammad

Salaam
I guess you meant this:
I assure whoever that have found himself in that situation to look up to Allah to be consoled and protected by God, it works. So it is pointless to preach vengeance to this kind of people suffering from this similar fate. We indeed believe in Prophet Muhammad’s guidance.