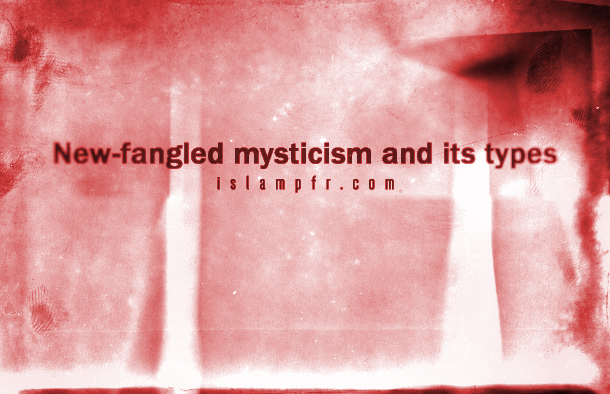 One of the very important issues which has been raised among the people of the whole world in the recent decades and has – regardless of age, occupation, education and income level – engaged all persons in one way or the other, is the issue of the “newfangled mysticism”.

Prior to addressing the issues related to the subject, it is essential to provide some explanations regarding the concept referred to as “Newfangled Mysticism”.

Considering the fact that gaining awareness of the secrets of the universe will result in identifying the origin of these secrets, it can be said that the real mysticism has an irrefrangible link with theism. It is due to this fact that many people are of the belief that mysticism is a short path and a shortcut to God.

Noting the explanations provided regarding the concept of “mysticism”, it can be perceived that the meaning of the expression “newfangled mysticism” is a religious façade in manners and methods which have experienced significant growth in the last few decades, whose leaders try to somehow reveal the secrets of this universe. Of course this phrase does not mean that all types of mysticism succeed in discovering the secrets of the universe; it means that their founders at least claim to do so.

One of the very important issues that is raised when one begins research on newfangled mysticism is the issue of categorizing these types of mysticism. This issue is important, as in addition to specifying the initial birthplace, and the place of appearance and formation of each newfangled mysticism, it enforces a particular discipline for examining each of these types of mysticism and clarifies any similarities more than ever.

Scholars have used various different methods for categorizing newfangled mysticism and one of the most effective of these methods is using a geographical model for the categorization. According to this model, newfangled mysticism can be put into six categories considering “the origin and/or the place of formation and appearance”:

One of the most important lands which has been the center of various types of mysticism since a very long time ago is India. Considering the period of their appearance, rituals and mysticism emerging on this land can be divided into two general sets:

-Ancient rituals which include “Vedism”, “Brahmanism or Hinduism”, “Jainism”, “Buddhism” and “Tantra”.

-Newfangled rituals, the most important of which could be named as “Yoga”, “Osho”, “Sai Baba”, “Ramallah”, “Krishna”, “Yogananda” and “Dalai Lama”.

The Americas; especially South America and Mexico could be considered the second region witnessing the appearance of false mysticism. Throughout history, numerous different types of mysticism have appeared on this continent, many of which have been newfangled and only a few count as old mysticism.

Considering the two trends which exist in the context of mystical experience among the figures of Christianity, Mysticism emanated from Christianity could be divided into two groups:

-The first group is theocentric mysticism in which God is introduced as a being distinct from humans, whom we can be approach through affection and love. This type of mysticism was spread among Christians by “St. Augustine”.

-The second group is Jesus-centric mysticism and its followers equate God with Grace and Jesus Christ (AS). This type of mysticism was introduced among Christians for the first time by “Saint Paul”.

The Jewish mystical school of thought which is known as “Kabbalah” is actually a semi-mysticism which has been created through combining other schools of mysticism and faiths such as Christianity, Yoga and the Zoroastrian faith. It’s due to this fact that many researchers are in the belief that Judaism basically lacks any mysticism.

The Zen ideology is a collection of schools of mysticism, with their birthplace in China. Taoism and Confucianism could be considered as the most outstanding types of Chinese mysticism. Of course, the minds of the Chinese have gone beyond these two types of mysticism, in a way that in a period of time Buddhism became prevalent all over China; with the Communist takeover causing important changes in the Chinese mysticisms.

Wudhu according to the traditions of the Prophet Muhammad (PBUH), Ahl al-Bayt, hadith