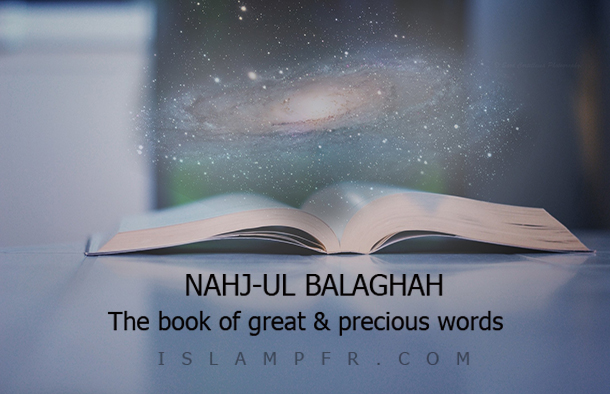 Imam Ali (PBUH) is respected not only as a warrior and leader, but as a writer and religious authority. A numerous range of disciplines, from theology and exegesis to calligraphy and numerology, from law and mysticism to Arabic grammar and Rhetoric are regarded as having been first adumbrated by Ali. According to a Hadith which is narrated by Shia and Sunni, Prophet Muhammad (PBUH) told about him “I’m the city of knowledge and Ali is its gate…” Muslims regard Imam Ali (PBUH) as a major authority on Islam. Imam Ali himself gives this testimony:

“Any single verse of the Quran which was revealed to the Messenger of Allah, he proceeded to dictate to me and make me recite. I would write it with my own hand, and he would instruct me as to its tafsir (the literal explanation) and the ta’wil (the spiritual exegesis), the nasikh (the verse which abrogates) and the mansukh (the abrogated verse), the muhkam and the mutashabih (the fixed and the ambiguous), the particular and the general…”

According to Sayyed Hussain Nasr, Imam Ali (PBUH) is credited with having established Islamic theology and his quotations contain the first rational proofs among Muslims of the Unity of God.

In later Islamic philosophy, especially in the teachings of Mulla Sadra and his followers, like Allameh Tabatabaii, Imam Ali’s sayings and sermons were increasingly regarded as central sources of metaphysical knowledge, or divine philosophy. Members of Sadra’s school regard Imam Ali (PBUH) as the supreme metaphysician of Islam. According to Henry Corbin) a philosopher, theologian and professor of Islamic Studies at the Sorbonne in Paris (, the Nahj Al-Balaghah may be regarded as one of the most important sources of doctrines professed by Shia thinkers, especially after 1500AD. Its influence can be sensed in the logical co-ordination of terms.

Imam Ali (PBUH) was also a great scholar of Arabic literature and pioneered in the field of Arabic grammar and rhetoric. Numerous short sayings of Imam Ali have become part of general Islamic culture and are quoted as aphorisms and proverbs in daily life. They have also become the basis of literary works or have been integrated into poetic verse in many languages. Already in the 8th century, literary authorities such as ‘Abd al-Hamid Ibn Yahya al-‘Amiri pointed to the unparalleled eloquence of Imam Ali’s sermons and sayings, as did Al-Jahiz in the following century. Even staffs in the Divan of Umayyad recited Imam Ali’s sermons to improve their eloquence. Of course, Peak of Eloquence (Nahj Al-Balagha) is an extract of Imam Ali’s quotations from a literal viewpoint as its compiler mentioned in the preface, while there are many other quotations, prayers (Du’a), sermons and letters in other literal, historic and religious books.

In addition, some hidden or occult sciences such as jafr, Islamic numerology, and the science of the symbolic significance of the letters of the Arabic alphabet, have been established by Imam Ali (PBUH).