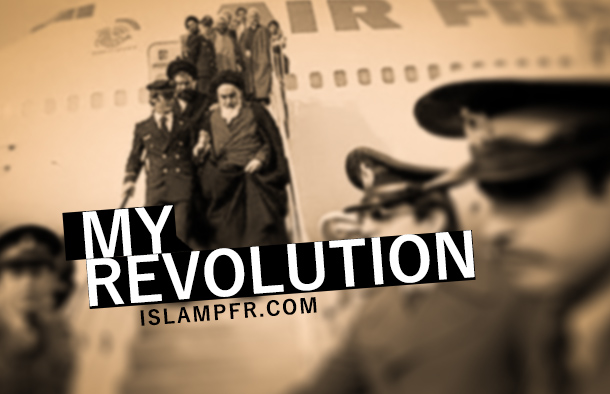 On the 22nd of Bahman 1397, which is the 11th of February 2019, I had planned to go to the rallies with a friend in order to celebrate the 40th anniversary of the Islamic Revolution in Iran. Initially, the plan was to travel to Tehran as many were anticipating that there would be big rallies. For a westerner visiting Iran, this is was definitely something worth seeing.

However, because we had traveled the day before and had arrived late in the morning, we settled to join the rallies of Qom, the place where the revolution had actually started. Nevertheless, my friend had to decline at the last moment because of exhaustion from traveling the previous day and feeling unwell.

Needless to say, I was very disappointed and saddened. As a westerner, I was looking forward to that day, hoping to experience it with my friend who promised to join me and take professional photos for my social media accounts. But what started as an disagreement with my friend ended up in a deeper understanding and some new convictions about the significance and the real meaning of this day.

What distinguishes the Islamic Revolution of Iran was not only the political, social, and economic change that it brought. On a deeper level, this revolution was about the heart and spirit of the people and those of their revolutionary leaders. If you look at the life of Ayatollah Khomeini, the leader of this revolution, you see that in alignment with his striving to change the political and social realities of Iran, there was a deeper and ongoing strive to change himself. The leadership of Ayatollah Khomeini was distinguished by his personal characteristics that were a product of his astonishingly deep-rooted belief in God, and his relentless efforts in self-purification and self-improvement. As distinguished and courageous his leadership was, so was his attainment of the highest levels of spirituality. In fact, one can say with confidence that all the strength the people saw in him came from his deep belief and pure heart. The same can be said about the other leaders of the revolution like Motahhari, Beheshti, Bahonar, and certainly Ayatollah Khamenei who has not only preserved the revolution but made it stronger and more wide-reaching.  This also applies to the Iranian people whose faith in God made them face hardship and danger with smiling faces, whether this was during the revolution, the brutal war against Iran, or the era of unjust sanctions.

I wanted to join the celebration and show the world what was happening on this glorious day. But if I count myself as revolutionary, then I should learn from the leaders of this revolution. If I cannot forgive a friend for not being able to keep a promise, if I cannot deal with my disappointment, how much patience and strength did I learn from the real revolutionaries?

Furthermore, this revolution which celebrates its 40th anniversary didn’t start on the 22nd of Bahman, the 11th of February, 1979. The 22nd of Bahman is only the culmination of this revolution, the day of its victory.  The revolution itself however started way before that. It started with a young Ruhollah (Ayatollah Khomeini’s first name), who faced hardship and injustice since childhood. It started with an internal struggle against all different types of temptations and deviations from the straight path. And this struggle took different forms. At one time it was political, at other times social, economic, spiritual, and scientific. Nevertheless, it was all a struggle towards getting closer to God.

And then there is also the question of what I actually have contributed to this revolution? While the Iranian people have given martyrs and sacrifices for the freedom from tyranny, their revolution was not only for the Iranians. Its principles provided guidance for all people around the world, and the Iranian people became the role model for everyone who seeks freedom and independence. The Iranian people therefore have all the right to celebrate the 40th birthday of their revolution, because they have paid and continue to pay their share of sacrifice and commitment. However, what about me? What have I done against injustice in this world? What have I contributed to this revolution? And how much?