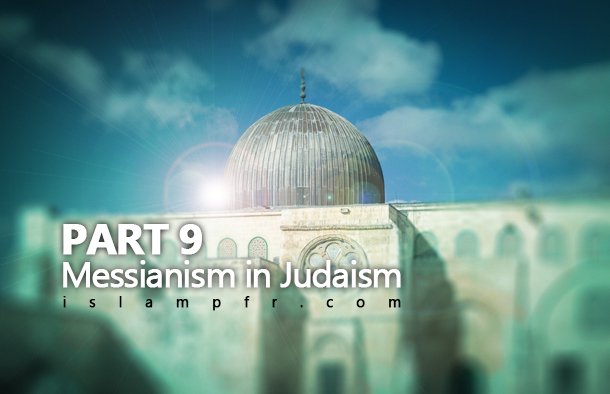 This book is for one of the prophets subject to Torah and we read in it about the promise of Mahdi’s return (PBUH) as below:

… The just LORD is in the midst thereof; he will not do iniquity: every morning doth he bring his judgment to light, he faileth not; but the unjust knoweth no shame.
I have cut off the nations: their towers are desolate; I made their streets waste, that none passeth by: their cities are destroyed, so that there is no man, that there is none inhabitant.
I said, Surely thou wilt fear me, thou wilt receive instruction; …
Therefore wait ye upon me, saith the LORD, until the day that I rise up to the prey: for my determination is to gather the nations, that I may assemble the kingdoms, to pour upon them mine indignation, even all my fierce anger: for all the earth shall be devoured with the fire of my jealousy.
For then will I turn to the people a pure language, that they may all call upon the name of the LORD, to serve him with one consent. (1)

We can also read about the gospel of Mahdi’s return (PBUH) in the book of “Prophet Daniel” like other prophets’ gospels:

And at that time shall great prince stand up, the great prince which standeth for the children of thy people: and there shall be a time of trouble, such as never was since there was a nation even to that same time: and at that time thy people shall be delivered, every one that shall be found written in the book.
And many of them that sleep in the dust of the earth shall awake, some to everlasting life, and some to shame and everlasting contempt.
And they that be wise shall shine as the brightness of the firmament; and they that turn many to righteousness as the stars for ever and ever.
But thou, O Daniel, shut up the words, and seal the book, even to the time of the end: many shall run to and fro, and knowledge shall be increased.
Blessed is he that waiteth. (2)

There are a few points in this promise that we will explain briefly:

1- The person mentioned as “standeth” in the first verse is Mahdi (PBUH) who is the greatest representative of the prophets and will represent all that prophets brought for people in the past, in his government. In his time, all the people on earth will convert to the religion of god.

2- “A time of trouble” means when the earth is full of tyranny, oppression and injustices and that is before the return of Mahdi (PBUH). As we can also see in Islamic quotations:” He will fill the earth with justice and equity, as it has been filled with tyranny and oppression”

3- In the second verse we read this sentence “And many of them that sleep in the dust of the earth”. This sentence mentions a group of the dead that will come to life when Mahdi (PBUH) returns and some of them become his companions and will fight by his side and some of them will be punished because of what they have done.

What were written about Messianism in Judaism till now, were all texts from Torah that determine the viewpoint of Judaism on the matter of the final savior and as we mentioned and took a look at various books in the Torah, there are signs in this book regarding the return of Mahdi (PBUH), who is the promised savior in Shia.

We should mention that what is known in Judaism as “Messianism”, is fundamentally different from what Zionist believe as apocalyptic end times.

What can be seen today as Zionistic viewpoints among Jews, Christians and even some Muslims, are in fact eisegesises (personal interpretation of a text (especially of the Bible) using your own ideas) of parts of Torah and The Gospels in benefit of Jews.