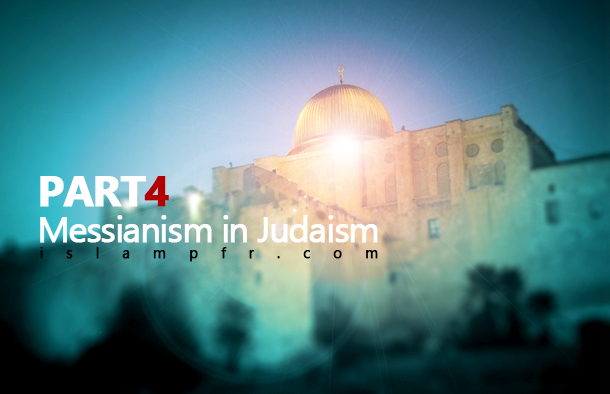 Fourthly, scholars of the bible reason and argue that the 72th chapter of Psalms are dialogues of Solomon (PBUH), not David’s (PBUH) who after David’s (PBUH) death, became the king and had a book and it’s not right and reasonable for him to ask for a new religion for his father. If we assume unlike what they estimate, that these verses are the dialogues of David (PBUH), these prayers are in fact for two high status characters that will come after him in the future.

Fifthly, as we can see in the 20th verse, all the verses are said as prayers by David (PBUH) and it is suitable for a prophet – who unquestionably obeys god and serves him- to talk to god in a humble way and without any pride, to ask god what he wants with adjuration and without arrogance, not call himself “king” and his son “king’s son” while talking to the mightiest being.

Sixthly, in several verses of these promises, kingship of “king’s son” is said to be worldwide and his power is said to be upon all kings and rulers and it is said that all the earth will be the domain of his righteous kingdom. As we can also see these descriptions in the quotations of the Fourteen Infallibles (Peace be upon them) about the characteristics of Mahdi (PBUH).

Seventhly, the 7th verse mentions his righteous companions that will flourish when Imam Mahdi (PBUH) returns and that the world will give birth to his veracious and righteous men and that happiness, health, peace and security which are all the results of the dominance of the one and only savior of mankind will endure until the world ends. This is also said in Islamic quotations: “Our government is the last of all governments”

Eighthly,  the 17th and 18th verses mention that until the world exists and the sun is shining in the sky, Mahdi’s light (PBUH) will shine upon the world and all nations will call him blessed. This sentence is seen in most of the Islamic quotations which are about his return: “He will fill the earth with justice and equity, as it has been filled with tyranny and oppression”

Therefore, there is no doubt that the meaning of “king” in the 72th chapter of Psalms is the last prophet and the best of all prophets, Muhammad ibn `Abd Allāh (PBUH), and the meaning of “king’s son” is the promised savior and the righteous 12th successor of him which will return by the will of god, in a certain and given day and will fill the world with justice after it is filled with injustice and tyranny and his righteous and divine government will stand until eternity and the end of the world.

“O god, accelerate (the time of) his return and facilitate his emersion.”

It should be mentioned that the promises of Mahdi’s return (PBUH) are plenty in Psalms, promises of the return of the savior of all nations and the world are in more than 35 chapters of Psalms (out of 150 chapters).