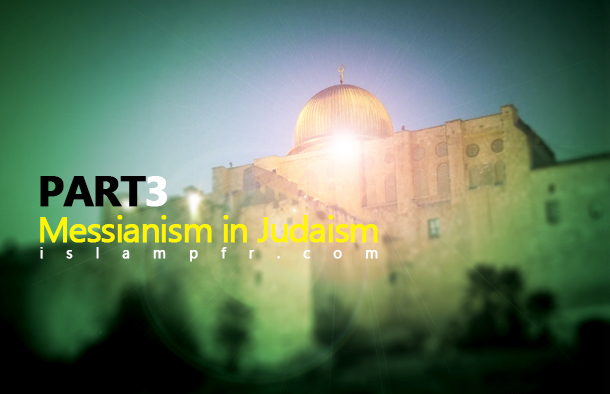 In the last part, we took a look at Zabur of David (PBUH) on the subject of the return of Mahdi (PBUH) and how it matches with the Holy Quran. In this part we are going to take a look at another part of Zabur in which it specifically mentions Muhammad (PBUH) being sent from god as a prophet and the final government of god’s righteous servants.

In the 72th chapter of Zabur, we read these about the messenger of Islam, Muhammad (PBUH), and his descendant, Mahdi (PBUH), who will spread justice all over the world:

Give the king thy divine laws, O God, and thy righteousness unto the king’s son.
He shall judge thy people with righteousness, and thy poor with judgment.
He shall bring peace to the people of mountain, and justice to people of desert, by righteousness.He shall judge the poor of the people, he shall save the children of the needy, and shall break in pieces the oppressor.
They shall fear thee as long as the sun and moon endure, throughout all generations.
He shall come down like rain upon the mown grass: as showers that water the earth.
In his days shall the righteous flourish; and abundance of peace so long as the moon endureth.
He shall have dominion also from sea to sea, and from the river unto the ends of the earth.
They that dwell in the wilderness shall bow before him; and his enemies shall lick the dust.
The kings of Tarshish and of the isles shall bring presents: the kings of Sheba and Seba shall offer gifts.
Yea, all kings shall fall down before him: all nations shall serve him.
For he shall deliver the needy when he crieth; the poor also, and him that hath no helper.
He shall spare the poor and needy, and shall save the souls of the needy.
He shall redeem their soul from deceit and violence: and precious shall their blood be in his sight.
And he shall live, and to him shall be given of the gold of Sheba: prayer also shall be made for him continually; and daily shall he be praised.
There shall be a handful of corn in the earth upon the top of the mountains; the fruit thereof shall shake like Lebanon: and they of the city shall flourish like grass of the earth.
His name shall endure forever: his name shall be continued as long as the sun: and men shall be blessed in him: all nations shall call him blessed.
Blessed be the LORD God, the God of Israel, who only doeth wondrous things.
And blessed be his glorious name for ever: and let the whole earth be filled with his glory; Amen, and Amen.
The prayers of David the son of Jesse are ended. (the 72th chapter of Zabur: 1-20)

In these promises, the messenger of Islam, Muhammad ibn `Abd Allāh (PBUH), is introduced as the “king” and his descendant, Mahdi (PBUH) who is the ultimate representative of justice, as the “king’s son” and some of his characteristics and privileges are mentioned too.

But some Jew scholars have assumed that “king” in the first verse is referring to David (PBUH) and “king’s son” is referring to Solomon (PBUH), his son. But this interpretation is wrong and unacceptable for eight reasons. We will be looking at three of them in this part and five of them in the next.

Firstly, David (PBUH) was one of the messengers who followed Torah’s religion and he didn’t bring a new religion and new religious laws, so he couldn’t have said:” Give the king thy divine laws, O God, and thy righteousness unto the king’s son.” Based on this, asking for a new separate religion wasn’t an appropriate request for David (PBUH) to ask from god.

Secondly, asking for a religion, religious laws and justice ,which are all said by David (PBUH) as prayers (it’s evident from the way he requests them) are for two great divine characters, one of whom has reign  over all messengers and has brought a religion and new religious laws and the other is the representative of ultimate justice and has absolute supremacy (this means that all the people in the world will obey him out of respect) and most nations of the world are waiting for him.

Thirdly, the glory, greatness and the kingship mentioned in these verses which are describing the “king’s son” are not compatible with neither Solomon (PBUH) nor any other divine prophet; because neither was Solomon’s reign bigger than his fathers’ (as Jews and Christians believe) nor did injustice disappear during his kingship.