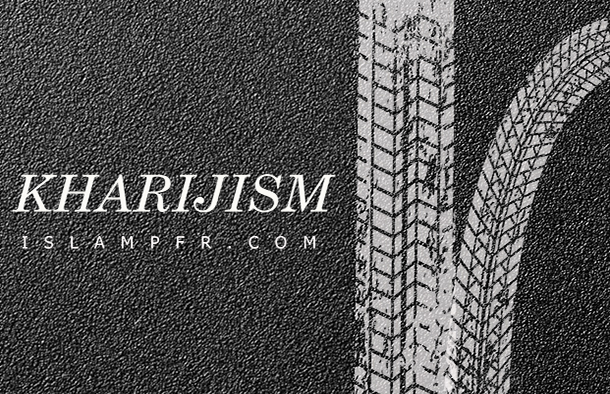 While most people know about the two major sects of Islam, Sunnism and Shiism, few non-Muslims know about the third major Islamic sect: Kharijism or Kharijites. Kharijism was the second Islamic sect to be given a name. When the question of succession after the Prophet Mohammed’s death came up, those who supported the Candidacy of Imam Ali (pbuh) based on his divine right to rule, were called the partisans of Imam Ali: Shia. The partisans of Imam Ali were forced to fight with other Muslims who did not believe in Imam Ali’s right to rule. In the course of the battle, a peace proposal was made by the anti-Ali (pbuh) forces. They proposed that instead of the ongoing civil war, each party would send an arbiter, and that both parties would commit to accepting whatever decision the two arbiters reached. The proposal turned out to be a trick; the envoy from the anti-Ali (pbuh) faction suggested to Imam Ali’s envoy that they should impeach both Imam Ali (pbuh) and his competitor, Muawya, and that they should let Muslims elect a third leader. Imam Ali’s envoy agreed and impeached Ali (pbuh), but Muawya’s envoy did not keep his word and refused to impeach his master.

Of course Imam Ali (pbuh) recognized that it was all a setup, and the war resumed. But the event caused Imam Ali’s camp to split. A group of his supporters, who had been fighting in his name believing that he was divinely chosen and therefore infallible (refer to Imamate), saw that he had made a mistake by accepting the enemy’s proposal. When Imam Ali (pbuh) told them that he was against the deal from the beginning and that it was his supporters who had urged him to accept it, they still argued that if he were really infallible he wouldn’t have listened to them! That group decided to leave Imam Ali’s army. Moreover, they concluded that no human being was infallible, that no human had a divine right to rule and that, therefore, no hereditary rule should be allowed in Islam.

According to them, a ruler does not have the power to unilaterally legislate, and he is under continuous scrutiny by the community as an executive officer. If Muslims think that a ruler is no longer fit to rule, or if they think that he has misused his powers, they must impeach him. Legislative power was in the hands of the people. Everyone had the right to interpret the Quran, and it was assumed that the people would follow those who would present the most convincing interpretation of the Quran ­ i.e., that they would follow their scholars. Thus, the “Khawarij,” whose name simply meant “the rebels,” at least theoretically, became the first democrats in Islam. One of their scholars even argued that if people were to abide by their interpretations of the Quran, there would be no need for a government whatsoever.

While, in Islam, Christians, Jews, Zoroastrians and even infidels were tolerated, abdicators ­ i.e., those who became Muslim yet betrayed the faith ­ were not In practice, this meant that the Kharijites declared war, not only against a tyrant ruler, but against any entire society that failed to rebel against him.

Moreover, a bad ruler was simply a ruler that Kharijites thought was bad, the opinion of others notwithstanding.

This unforgiving radicalism drove the Kharijites into morally paradoxical situations. In the middle ages, the Azraqites, a faction of the Kharijites, used to

Massacre Muslim civilians, including women and children, yet refrain from cutting a palm tree owned by a non-Muslim. They would accept death with epical, almost superhuman courage, yet they would also kill with no restriction. And it was the Kharijites who killed Imam Ali (pbuh), dearly loved by both Shia and Sunni. Yet it was also the Kharijites who posed the greatest military threat to the Umayyad, Ali’s principal enemies and the ones who set up the trick that resulted in the Kharijites’ disappointment in him.

During most of the Sunni Umayyad rules, the Kharijites devoured one Umayyad army after the other. Their courage and their brutality were the subject of dozens of Arabic poems.

The expression “talks like a Kharijite” meant that the speaker was making the utmost powerful argument both in style and content, yet the expression also meant that the speech might have terrible consequences. The typical slogan of the Kharijites was: “Only God should rule” implying that no legitimacy should be derived from any source other than the Quran. Thus hereditary rule was considered illegitimate. A typical Shia/Sunni answer to that used to be the repetition of Imam Ali’s words to his first Kahrijite dissidents “this is a true argument whose purpose is false,” referring to the fact that his authority was based on the Quran as well. It is paradoxical that, while the Sunnis ruled, those who argued for the divine right, namely the Shia, could compromise, while the democrats, whose slogan was almost “all the power to the people,” turned out to be the most violent and least tolerant.