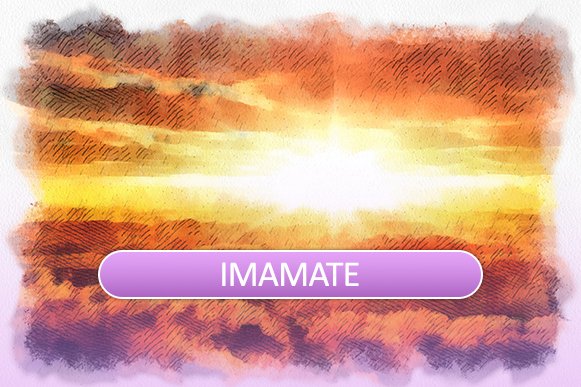 God says in the Holy Quran:

“The day we shall call forth all mankind along with their Imams (leaders), (meaning resurrection day)” (17-71)

And in another verse God recalls two groups of Imams in Quran:

“We turned them into Imams who invite to the Fire. On Resurrection Day they will not be supported” (28-41)

According to this verse, there are a group of Imams who invite to fire. So there should be some Imams to invite to the paradise.

This group has two characteristics: 1- patience, 2- Certainty about God’s revelations. It is obvious which one we should choose between first group and second group.

The holy Quran does not allow us to follow everyone but our duty has been expressed in the 35th verse of Surah “Yunus”:

“Is He then who guides to the truth more worthy to be followed, or he who himself does not go aright unless he is guided?” What then is the matter with you; how do you judge” (10-35)

The purpose of prophet hood is to bring teachings which release mankind from ignorance. This was the target of Prophet Muhammad (PBUH) during 23 years of his prophet hood. The teachings of each prophet were to be strengthened by the next prophet alongside history and in this way; they opposed the alteration and decline of god’s commandments. But since Prophet Muhammad (PBUH) was the last prophet and his religion was the most perfect (in considering details) so this responsibility is on Imam (a guide, a leader) to express his teachings correctly to people and prevent from distorting. It is only infallible person (Imam) which may be the best religious reference for people.

That is why, Prophet Muhammad (PBUH) introduced Imam Ali (PBUH) as his successor and the first Imam in the day of Qadir, and after his time, 11 Imams from his descendants, who were chosen by God, followed him. Shia sect is the only religion which believes in all 12 imams and also believes that the 12th Imam is absent and he and Prophet Jesus will reappear to carry out God’s commandments and divine justice in the world.

Imamate in Shia and Sunni sects

Sunni Scholars are two categories in this regard. Some of them consider Imamate as one principles of religion and some of them as secondary affairs.

Also, Sabki on of the most renowned Sunni scholars, discuss about principle and secondary affairs and he adds: “Unlike Imamate which is one the principles. Objection and denial of Imamate is heresy and shall have dire consequences for men and community.” (Al-Enhaj, Vol. 4, p 296)

Some other Sunni elders consider Imamate to be one secondary affairs. Ghazali (D.H505) writes down: “Imamate is not an important matter or one of the subjects of beliefs, but a subject of jurisprudence.” (Al-eghtesad fi –l-eeteghad, Vol. 1, p 453)

In all Islamic sects, it is only Shia which denotes Imamate to be one of the principles of religion and accepts 12 Imam.

“Accept anything the Messenger may give you, and keep away from anything he withholds from you” (59-7)

Prophet of Islam has introduced Imams and the savior of the last age which is their 12th by name an marks, in more than thousand quotations in Shia and Sunni books.

There are many verses in Quran which has been revealed about his virtues and excellence over other men. Many Shia and Sunni scholars named about 350 verses in this regard, but we shall suffice to some quotations of Sunni scholars in this matter.

Ibn Asaker one of the great scholars of Sunni faith writes down in the book of “The history of Damascus”:

Soyuti writes down in his book “The history of Caliphs”:

“There has not been revealed so many verses about anyone as Ali” (The history of Caliphs, p171; al-Savaegh-ol-Muhraghih, p127)

And even many Sunni scholars related that a quarter of Quran is about Ali (PBUH), but the most important verses about him are as follows:

“Your guardian is only Allah, His Apostle, and the faithful who maintain the prayer and give the Zakat (alms giving) while bowing down” (Holy Quran 5-55)

“All interpreters of Holy Quran are unanimous that the meaning of this verse is Ali.” (Al-Mavaghef fi elm-al-kalam, p405)

“All interpreters of Holy Quran are unanimous that it is about Ali which spared his ring to a poor man while he was bowing down in prayer.”

“According to all interpreters of Quran it has been revealed about Ali Ibn Abi Talib when he spared his ring to a poor man while bowing down in prayer.”

Anyhow, apostle of Allah was aware of the future of his companions and the transformation of their beliefs and souls, so predicted their disobedience and their reluctance toward guardianship of Imam Ali (PBUH):

“Quoted from Ali: Prophet told me: “after me, people shall devise plot against you”. And he adds that “this is an authentic quotation but Bukhari and Muslim didn’t relate it.” (al-Mustadrak, Hakim Neishaburi (D.405H), Vol. 3, p 150)

Refusing prophet Muhammad (PBUH) about the guardianship of Imam Ali (PBUH) by his companions, was not their first disobedience. So their disagreement about the quotation of Qadir doesn’t suffice to refuse this quotation.

There are many verses about Imam’s flawlessness in Quran. For example:

“Indeed Allah desires to repel all impurity from you, O People of the Household, and purify you with a thorough purification” (33-33)

This is one of the verses which revealed about excellence and greatness of Prophet Muhammad and his household and defines the scope of his household. The Sunni people should note that, this part has been revealed independently not alongside its former of latter parts. This can be easily proved by about 70 quotations in this regard. There is not even one quotation to relate that this part was revealed alongside other parts and it is addressed to the wives of Prophet Muhammad (PBUH) and there is not any scholar to even claim this. Even those scholars who consider this part to be addressed to prophet’s wives, like Akrama Khariji, don’t claim it to be revealed in the same line.

There is not any reason that this part was revealed alongside its former and latter part. If Sunni scholars claim the wives of Prophet Muhammad (PBUH) to be from the household they should prove that this verse has been revealed in the same line with the other parts, but there is no proof for that.

Moreover, Prophet Muhammad (PBUH) had more than one household, and few wives with an independent house for each one; So if the meaning of this verse is the wives of the prophet, it should say “households” instead of “household” as it is said in the beginning of this verse:

“O! You who have faith! Do not enter the Prophet’s houses…”

So the meaning of this verse is not the wives of Prophet Muhammad (PBUH).

It is interesting that none of the wives of Prophet Muhammad (PBUH) claimed this verse to be about them or that they are part of its meaning. Most quotations in this regards has been related from Ayesha and Um-Salamah, which both of them insist that this is about the “companions of Cloak” (Ahl Al- Kesa, Ahl al-Bayt)

Many Sunni scholars, who address this verse without prejudices, confessed that the meaning of this verse is no one but the companions of cloak and doesn’t include the wives of Prophet Muhammad (PBUH).

Tahavi, one of the great scholars of Sunni sect writes down in his book:

“They are the companions of cloak (Ali, Fatima, Hassan and Hussain (PBUH)) and it is deduced from this verse that God has special regard about them.” (Javaher –ul- eghdain, p 204, section 1)

There are other verses in the Holy Quran to prove the flawlessness of Prophet Muhammad and Imams, which we recommend you to see interpretation books of Shia scholars including “Tafsir Al-Mizan, Allamah Tabatabaii”

“O! You who have faith! Obey Allah and obey the Apostle and those vested with authority among you.” (Holy Quran, 4-59)

This verse proves the flawlessness of prophet Muhammad(PBUH) and Imams (PBUH), because it prescribes the obedience to prophet Muhammad (PBUH) and those vested with authority, in an unconditional way, which means that any order instructed by them should be obeyed in any condition.

If those vested with authority, are not to be flawless, they may intentionally or unintentionally give orders which is against the commandments of God or Prophet Muhammad (PBUH), which in this way if their instruction is to be followed, so the commandments of God has been violated and if not be obeyed, then again the instructions of God has been violated.

This Paradox concludes that, they should be flawless. Even Fakhr Razi, the great Sunni interpreter, concludes flawlessness from this verse, and adds in the following of this verse:

“Thus it is proved that Allah’s command to obey those vested with authority is definite and also proved anyone, whose obedience is binding according to the commandment of god, should be flawless, so the people who are the meaning of this verse should be flawless.” (Tafsir al-Razi, Vol. 10, p144)

“And when his Lord tested Abraham (PBUH) with certain words, and he fulfilled them, He said: “I am making you the Imam of mankind.” Said he,” And from among my descendants?” He said,” My pledge does not extend to the unjust.” (Holy Quran, 2-124)

This verse implies Divine position of Imams and its excellence over prophet hood (those who are mere prophet and not Imam) and their flawlessness; because prophet Abraham was prophet and then reached the position of imam and asked this honor for his descendants, but God replied in an inclusive way: “My pledge does not extend to the unjust”.

Tabari writes down in his book, “Tafsir Jamaa –al- Bayan”, following to this verse:

So Imamate is one of the principles of Islam religion, mentioned by God and Prophet Muhammad (PBUH) and includes his Progeny from the descendants of Lady Fatima (PBUH).

Their pedigree is the following:

Hello
How can one leave a question? the page seems to be deleted

Hi
please leave your text in the link below
https://islampfr.com/questions-answers/