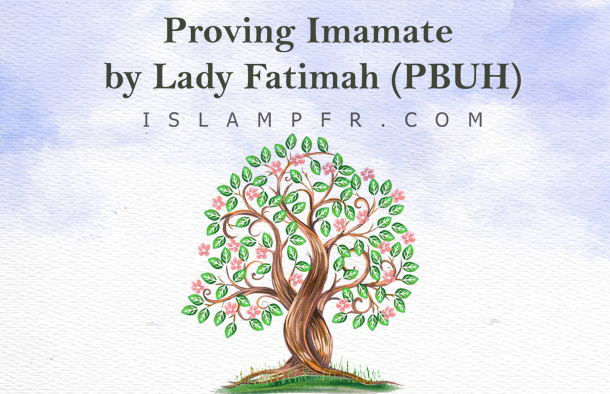 A Shia Allameh (scholar) was having a debate with a group of non-Shia scholars.

Non-Shia scholars: Why do Shiites talk so much about “Imamate”, while there are many important matters in Islam, such as Salaat (prayers), Siam (fasting), Hajj and alike?

Allameh (while humbly calling Imam Ali, the Amir-Al-Mo’menin, (PBUH) in his heart): “Have you heard the following Hadith (Narrative) from the Prophet Mohammad (PBUH&HP)?”

“Anyone who passes away without having a profound awareness about the “Imam” of his time, he has died, a death of (Ignorance, without Islam).”

Non-Shia scholars: “Yes, we are familiar with this Hadith from the Prophet.”

Allameh: In the book “Sahih Bukhari” which is one of the most important and respected Sunni documents, there are many Narratives from the Prophet of Islam (PBUH&HP) who has said that Fatimah (the Prophet’s daughter) is considered the most virtuous, exalted and accepted female by Allah, both in this world and the Hereafter. Do you accept this exalted position for Fatimah?

Non-Shia scholars: “That which you said is written in our books and therefore, we accept it.”

Allameh: In the same book, Sahih Bukhari, it has been mentioned that Fatimah (PBUH) was not pleased with the first Caliph, Abu Bakr, after her father, and she did not talk to him while she was alive. Do you verify this?

Non-Shia scholars: “Yes, that is mentioned in our books too.”

Allameh: If we all believe that Allah considers and accepts Fatimah as the most exalted lady ever created by Him, and also, if we believe that, a person who dies without accepting the “Imam”, will not be considered a Muslim in the Hereafter, then we must conclude that Fatimah believed in an “Imam” at time of her death. Is that correct?

Allameh: But, according to your own documents, Fatimah was not even talking to the first Caliph, Abu Bakr, at time of her death. Then who was her “Imam”?

They had nothing to say!

Allameh: Yes, Fatimah’s “Imam” was Ali (PBUH); this is why the Shiites talk so much about “Imamate”, because being a true believer and acceptance of all deeds such as Salaat, Siam, Hajj and the rest depends on believing in “Imamate”.