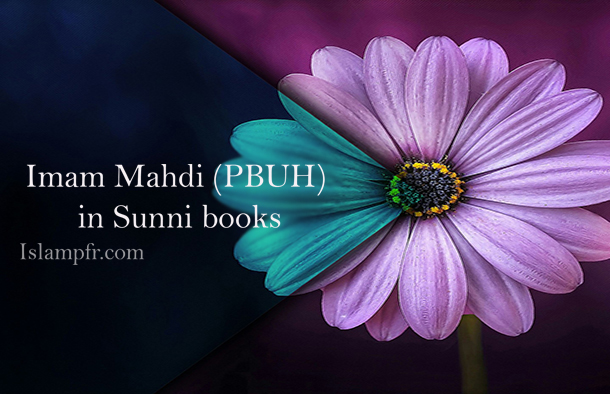 Inevitability of Imam Mahdi’s uprising: It is unanimous by Shia and Sunni People that Imam Mahdi (AS) shall arrive and even non-Muslim people has promised the arrival of one savior at the last age to their followers.

These are some examples:

but with righteousness shall he judge the poor, and decide with equity for the meek of the earth; … And the wolf shall dwell with the lamb, and the leopard shall lie down with the kid; and the calf and the young lion and the fatling together; and a little child shall lead them. … They shall not hurt nor destroy in my entire holy mountain; for the earth shall be full of the knowledge of Jehovah, as the waters cover the sea.[2]

Or In the Old Testament:

And in Holy Quran:

And certainly We wrote in the Psalms after the Reminder (Turah) that (as for) the land, My righteous servants shall inherit it.[4]

And if you read what is written in Psalms and compare it with this verse of Quran, you can conclude that god protected this part of Psalms from distortion so the future generations know definitely that the inheritors of earth are meek people and there is no destiny for evil people but annihilation.

And so is written in Luke:

Let your loins be girded about, and [your] lights burning; and ye yourselves like unto men that wait for their lord, when he will return from the wedding; that when he cometh and knocked, they may open unto him immediately. Blessed [are] those servants, whom the lord when he cometh shall find watching, … , Be ye therefore ready also: for the Son of man cometh at an hour when ye think not.[5]

It is obvious that the meaning of these verses is what Shia calls “Preparation for Arrival” and one who is truly prepared for arrival of Imam Mahdi(Pbuh) is like a man who is waiting for a dear guest and has already cleansed his room and prepared the food, thus he cleanse his heart from brutal stains and avoids sins, loves what is good and recommend it to others and hates what is wrong (and is not indifferent to it) and prevents others from doing it and since he is waiting for annihilation of tyranny, he fights according to his strength with it. He is assistance of truth and justice and enemy of wrong and tyranny. It is the meaning of preparation for arrival which according to Ahl Al-Bayt(AS) is the most excellent deed.

The source of this Hadith is quoted by Tirmidhi from Prophet Muhammad (Pbuh):

The most excellent service of god is preparation for arrival.[6]

But of course the Sunni Muslims don’t interpret it as Shia does.

The writers of Sihah – Sittah, Also quote some Hadith about the certainty of Mahdi’s uprising, which follows:

If only one day of this world remained, Allah would lengthen that day, till he raised up in it a man who belongs to me or to my family whose name is the same as mine and fill the earth with equity and justice as it has been filled with oppression and tyranny[7]

The world will no seize to exist until someone from my family becomes the king of Arabia whose name will be the same as my name (i.e. Prophet Muhammad (Pbuh))[8]

The aforesaid quotations are from Prophet Muhammad (Pbuh), and it is obvious that they imply that the uprising of one man from the family of prophet is certain, not that it shall happen one day before the end of the world.

2- Mahdi is from the household of Prophet Muhammad

The quotation in the first part states explicitly that Mahdi (Pbuh) is from the household of Prophet. Now let’s take a look to some other quotations:

Mahdi is one of us, the people of the household.[9]

we are members of a Household for whom Allah has chosen the Hereafter over this world. The people of my Household will face calamity, expulsion and exile after I am gone, until some people will come from the east carrying black banners. They will ask for something good but will not be given it. Then they will fight and will be victorious, then they will be given what they wanted, but they will not accept it and will give leadership to a man from my family. Then they will fill it with justice just as it was filled with injustice. Whoever among you lives to see that let him go to them even if he has to crawl over snow [10]

It should be noted that similar Hadith is quoted by Shia scholars which is relevant to uprising of a man from the city of Qum, which is very near to Islamic revolution if Iran and we hope that soon the flag of this uprising shall be passed to the blessed hands of Imam Mahdi – if that’s god’s will.

It should be considered that no one knows the exact time of arrival and what is said here is what we take from these quotations. But let’s hope that the arrival happens as soon as possible so the hands of oppressors be cut off from Islamic lands and their hollow powers fall down.

Mahdi will be one of the descendents of Fatimah.[11]

Mahdi is from my household and one of the descendents of Fatimah.[12]

According to aforementioned, it is concluded that the writers of Sihah (including Ibn-e-Majah) accepted primarily that Mahdi is from the household of Prophet Muhammad (Pbuh) and secondly that Mahdi (AS) is from the descendants of Fatimah.

Another Hadith from sunan- ibn-e-Majah which he relates by Anas-ibn-malik from Prophet Muhammad (Pbuh):

It is surprising from Ibn-e-Majah to neglect which he himself has quoted and considers Mahdi (AS) as Jesus and the same time as household and descendants of Lady Fatimah (AS)!

It can be explained that this Hadith has been added to his book! If so, how we can rely to the authentic quotations of Sunni Muslims when they can be manipulated?

Preparation for Imam Mahdi’s (AS) rule:

People will come from the east, paving the way for Mahdi,” meaning, for his rule.[14]

A man called al-Harith ibn Harrath will come forth from Beyond the river. His army will be led by a man called Mansur who will establish or consolidate things for Muhammad’s family as Quraysh consolidated them for the Messenger of Allah (Pbuh). Every believer must help him, or he said: respond to his sermons.[15]

According to discussions in the 2nd part that group which comes from the east or from beyond the river, is probably the Islamic revolution in Iran but the word Harith (meaning implanter) or Mansur (Meaning triumphant) is not the name but adjective and Harith is one who implants the seeds of a massive revolution and Mansur is one who is victorious.

According to quotations from Ahl Al-bayt (the household) it is deduced that there are two categories of marks for the arrival of Imam Mahdi (AS). The first category is general mark which most of them has been definitely appeared. The second category is definite marks and their number is five:

An army will invade the Kaba and when the invaders reach Al-Baida’, all the ground will sink and swallow the whole army [16]

A man refuges to the Kaba and an army follows him which sink in the ground.

And in the next Hadith he relates from Abu-Jaafar that the ground is in the vicinity of Medina.

The people will not finish attacking this House until it is attacked by an army which, when they are at Al-Baida’, or a Baida’ in the land, it will swallow from the first of them to the last of them, and the middle of them shall not be saved [17]

And Ibn-e-Majah has related something similar [18]. Abu Dawud has made it clearer:

And Hakim confirms the quotation of Abu Dawud:

… Then they will take the oath on his hand between black stone and the station of Ibrahim. An army will set out towards them from Syria but it will be crushed into the ground as it reaches Bayda…[20]

Hakim narrates this event in another quotation and refers to Sufiani and sinking his armies in the desert:

A man (named sufiani) shall uprise from Damascus and a man from my household shall uprise. Sufiani will get informed and marches toward him by an army. When they reach a desert the will be swallowed up by de desert and no one is saved except one man.[21]

It should be noted that the second quotation is an authentic Hadith according to the conditions of Bokhari and Muslim, but they didn’t relate it.

[1] – Six Authentic Books of Sunni Muslims which is considered to be completely true by Sunnis.