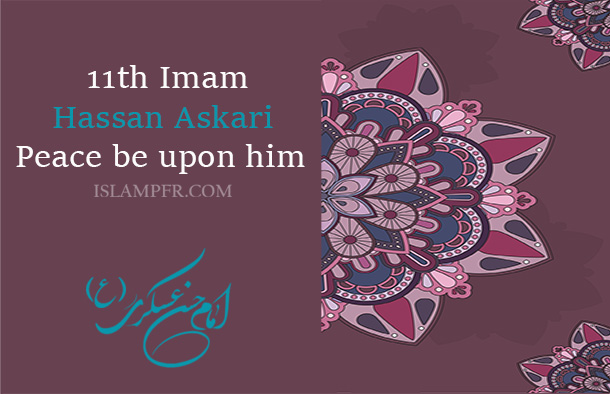 Imam Hassan Askari (Arabic: امام حسن العسکری) was the eleventh Imam of the Twelver Shia Muslims. His title Askari is derived from the Arabic word Askar for army. He was given this title because he lived in Samarra, a garrison town.

Imam Hassan Askari was fair-spoken. His divine characteristic, his dignity, his knowledge in the Quran’s interpretation made him so popular among Muslims. However, Imam Hassan Askari (PBUH) lived almost his entire life under house arrest in Samarra and under supervision of Abbasid caliphs.

Imam Hassan Askari’s imamate met difficulty even before the martyrdom of his father. Many felt that Imam Hassan Askari (PBUH) became the eleventh Imam by default because his older brother had died and was considered the designated successor to his father during his lifetime, while he was chosen before by God and prophet Muhammad had told about his name and his characteristic before.

Imam Askari (PBUH) represented the front of opposition to the Abbasid rule. He criticized the rulers for appropriating the wealth of the nation and extorting the people under their rule. He did so by not communicating with or cooperating with kings who took wealth unlawfully and used followers of Islam as slaves. Due to the domination of the Turks, the Imam had little effect on the Political life during his time. The state remained in a political crisis, as the Abbasid Caliphs were considered puppets of the Turks who ruled with terrorism.

The religious life during the time of Imam Askari’s imamate was also in shambles as well. Because the Imam was under house arrest for a majority of his life, many non-believers took advantage of this time and tried to misguide the Muslims. He did continue to speak out against those who questioned the Quran. It was in this case that a philosopher by the name of Isaaq al-Kindi wrote “The Contradiction of the Quran”. Historians have written that Imam Askari (PBUH) had a disciple relay a powerful message to the philosopher in which he stated:

The claim that follows is that the Philosopher burned his book in light of the belief that no one besides a member of the Ahl Al-Bayt (the progeny of the Prophet Muhammad) could say something like this and that he must truly be the eleventh Imam from this lineage. In this way the Imam had some influence on the religious lives of his followers. He would address them through the visitors he was permitted to receive. The period of his Imamate was only six years and he martyred at the age of 28.

Imam Hassan Askari (PBUH) lived a majority of his life being mistreated under house arrest by the caliphs of the time; eventually, he martyred in 874 A.D (Rabi’ al-awwal, 8, 260 AH). He was poisoned by the Abbasid caliph of the time. The caliph didn’t let any doctor or people visit the Imam, he was afraid of being exposed as the murderer.

After one or two days Imam Hassan Askari (PBUH) martyred while he was under supervision. After him, his son, Mahdi (pbuh) became the next and the last Imam. The world knows him as 12th Imam, The one who is in absence from sights and nobody can’t see him, to remain safe for the future. He is still alive by the command of Allah (God), just like the Prophet Jesus (PBUH). According to all Abrahamic books, he will return along with Jesus (PBUH) at the end of time to fill the world with justice and peace.

Imam Hassan Askari (PBUH) is buried near the grave of his father, Imam Hadi (PBUH), in The Askari shrine in Samarra, Iraq. On 22 February 2006, a bomb attack in Iraq badly damaged the shrine of Imam Hadi (PBUH) and his son Imam Hassan Al-Askari; another attack was executed on 13 June 2007, which led to the destruction of the two minarets of the shrine. Those attacks took place by Wahhabis. 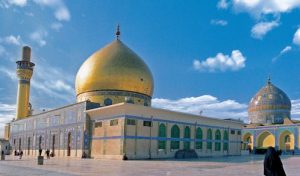 It was a nice explanation and can be developed a bit.