Has Imam Ali’s name been mentioned in the Quran?

Why has the name of Imam Ali (PBUH) not been mentioned in the Quran, if he is the successor of Prophet Muhammad (PBUH)?

This question is being asked a lot, but we should say that the supposition of this question is not basically correct  and we cannot say that his name has not been mentioned in the Quran.

According to the narration of Hafs from Asim, whom the written Quran has been written in accordance with, Shia and Sunni scholars have narrated a verse that Imam’s name has been mentioned there. And also there are several narrations from great scholars like Shaikh Saduq, Ibn Shahrashub, and some others who testify to this subject.

In which verse the name of Imam Ali (PBUH) has been mentioned?

“And We bestowed of Our Mercy on them, and We granted them on the tongue of truth.”

But the story in this verse is that Prophet Ibrahim (PBUH) begs God for an honorable mention on the tongue of truth (لسان صدق) which is mentioned in the Surah Shu’ara: 84:

“Grant me honorable mention on the tongue of truth among the latest (generations),

and its acceptance is stated in Surah Maryam: 50. This prayer is not only accepted of Prophet Ibrahim (PBUH), but also of Isaac (PBUH), Jacob (PBUH), and, it seems, of all Prophets. Narrations are so many in this field. There are fourteen narrations in Shiite sources, one in Sunni sources, and one or two narration(s) in Zaidi sources about this subject.

A correct narration from Sheikh Saduq in Kamal Al-Din

Translation: After the second time Ibrahim (PBUH) went out of Egypt and disappeared, he said: “And I will turn away from you (all) and from those whom ye invoke besides Allah. I will call on my Lord, perhaps, by my prayer to my Lord, I shall be not unblessed.” (Surah Maryam: 48)

A correct narration from Ali Ibn Ibrahim in Qomi interpretation

Hakim Haskani, the famous Sunni commentator, has narrated a hadith in “Shawāhid al-tanzīl li qawaid al-tafḍīl”, which somehow refers to the revelation of this verse:

Prophet Muhammad (PBUH) said: At the night of Mi’ raj (ascension), when Gabriel carried me with his right wing, It was said to me that who did you place as your successor for the people of the earth? I said: The best of them, Ali Ibn Abi Talib (PBUH), who is my brother, my friend, my son in law, and my cousin. It was said: O Muhammad (PBUH), do you love him? I said: Of course, O the lord of the worlds.

It was told me: Love him and order your people to love him. Actually I am Most High (علی اعلی) and I derived his name from My Name, and I called him Ali (علی) .

Then Gabriel landed and said: God gives you His best regards and tells you: Read. I said: What should I read? He said:

“And We bestowed of Our Mercy on them, and We granted them lofty honor on the tongue of truth,” who is Ali (PBUH). (2)

Ala Ibn Fozail asked Imam Sadiq (PBUH) about this verse,

And he said it undoubtedly refers to Ali Ali Ibn Abi Talib (PBUH). (3)

Even if, with this description, we suppose that the name of Imam Ali (PBUH), generally, is not in the Quran, or it has not been obviously mentioned; or why his caliphate has not been clearly stated, then we should say there are many verses to prove his Imamate. But  to answer this question that says why his name or even the name of other innocent imams have not been mentioned in the Quran, we can say that if this  was done, hypocrites and opponents got motivated to distort the Quran and discredit it; or deny it completely from the base.

The accuracy of this subject is mentioned in Sahih Al-Bukhari six or seven times and implies that when Prophet Muhammad (PBUH) was sick on Thursday,  he sought a pen to write his testament, but the second caliphate prevented  him and accused him of delirious.

So those people who were satisfied with discrediting Prophet’s words for achieving their goals, again they would have accused him of delirious if Prophet (PBUH) had written a testament, so it was generally of no use. Then we can say if the testament had been written in the condition of accusation, it would cause problems. For example the same people, perhaps, discredited some parts of Prophet’s words and narrations with this excuse that on that day he was angry or he was sick.

Thus one of the reasons that Prophet (PBUH) gave up writing testament was that not to let his words get accused. So, not only this testament was not useful, but also on that conditions it could discredit or distort Quran; and today apart from Imamate topics we should have also discussed about distortion of the Quran.

Is not this question in contrast with the Power of God? Cannot we say that Imam’s name could be mentioned in Quran, and God Himself could prevent from the distortion of it, according to Surah Hijr: 9:

“We have, without doubt, sent down the Message; and We will assuredly guard it (from corruption).” In other words does not God have this power to prevent the Quran’s distortion if Imam Ali’s name was mentioned in it?

There is no doubt that God intend to prevent the distortion of the Quran, but Divine Being has some causes for fulfilling His Will  , and for doing this, He did not state directly the sensitive verses which may motivate opponents and hypocrites. Actually the strategy and cause of God is this. On the other hand distortion is costly, and surely hypocrites face people’s disapproval, so they avoid distortion until they are forced to do this. If a verse was descended   forcing them to distort it, then they would definitely do it. But God does not restrict people and also He does not descend a verse in a way that motivate them to distort it. 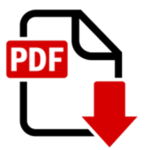 Converting people to Shiism in Nigeria

MashaAllah, very worthwhile to read it. I wondered why the name of Imam Ali (as) was not explicitly mentioned in the Quran and I was also questioned about it. This article explains it very well. And I would like to add that Allah (swt) by not mentioning it so clearly leaves us to make our own choice. There is enough proof that Imam Ali (as) was to be the successor of the holy prophet (saws), if you choose to see it…

The answers were super realistic and reasonable.

thanks
Allah be with you