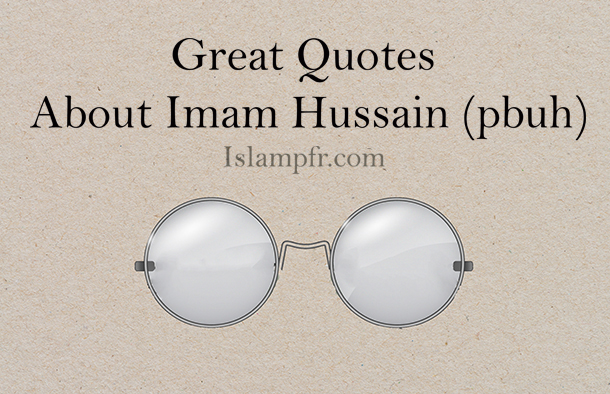 Eventually, Imam Hussein who has lost all his children and disciples, with a bleeding and slaughtered body fell on the ground and from that time on the sky cries out tears of blood in every sunset.

After that Prophet passed away, the love for wealth and power overcame all moral virtues and all thoughts and ideas Ali’s family were left with no effect, and this love was to the extend that Kuffis broke their allegiance to Hussein (pbuh) because of that and all that not being enough they ultimately killed him.

By sacrificing all his children Hussein pushed all the boundaries an limits of self sacrifice,… the decisive and immovable position of Hussein for absolute sacrifice was neither obstinacy nor Caprice, it was a full and encompassing compliance to reason and wisdom that he had been decisive to sacrifice by all means and multilaterally, so that not to be forced against and in contrary to his eminent and exalted goal and belief to carry on with his life through a compromise with Yazid Ibn Moaviye.

The best lesson learnt from tragedy of Karbala is that Hussein and his fellow companions had a firm faith in God. They made it crystal clear that when the truth and just confronts Vanity and unjust, numerical superiority is of no importance. The triumph achieved and accomplished by Hussein despite of being in minority amazes me.

I have carefully read the biography of Imam Hussein and have contemplated the events of Karbala. I am sure Indians must follow his ideas on the path to victory.

Throughout the next centuries, narration and explaining the sad and melancholy death scene of Imam Hussein will result in awareness and sensitivity of hearts and souls for the entire mankind anywhere they might be.

Although when our priests talk about suffering and sorrows of Jesus, they are touching and make one to feel sad when listening to them, but the enthusiasm and excitement seen in Hussein followers can never be witnessed in followers of Jesus. As if sufferings and pains that Jesus went through in comparison to what Hussein went through looks like a stick of straw against a gigantic planet.

If sacrifice taken place by Jesus and Hussein is to be compared, surely scarification manifested by Hussein will reveal itself to be more valuable and matured. Since the day Jesus sacrificed himself, he had no wife or children to worry about them, and that what they will go through after him. But Hussein had wife and children and some of them still infants and babies who had a genuine need for their father to take care of them.

On a burning sun of a deserted land and on the heated sands of Iraq, Hussein’s soul is immortal. Oh my hero, my paragon of braveness. Oh Hussein!