Home Articles The fitrah (divine essence) in all of us
Articles 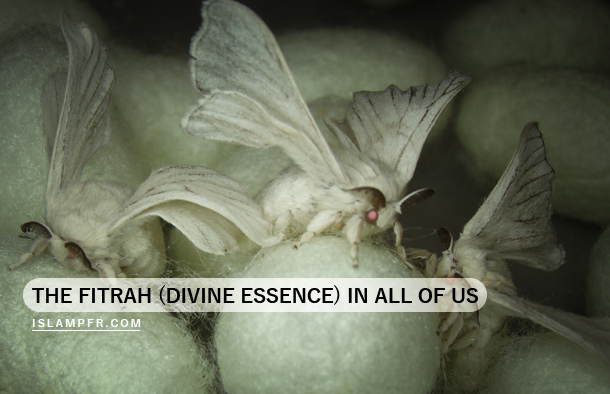 The fitrah (divine essence) in all of us.
our primordial human nature that leads us to tolerance

Tolerance is proof of intelligence and a symbol of excellence. 9

In one famous Hadith, the Prophet Muhammad (PBUH) is reported to have said, “All of humanity are as equal as the teeth of a comb.” 8 It is recorded that once, while the Prophet Muhammad (PBUH) sat with his companions, a funeral cortege passed by and he stood up out of respect. A companion remarked that this was only the funeral of a Jew, implying that that was far too unimportant for the Prophet’s attention. He challenged this by asking, “Was he then not also a human being?” 8

In the view of Allah (God) the whole of humanity consists of one single community.8

So what then goes wrong? In our 21st century world, reports of racism, Islamophobia, white supremacy, misogyny and bigotry abound. Yet none of us are born hating each other. My premise is that as we become adolescent and then mature, the fitrah in us is liable to become buried under our desires, fears, and pressures by society and peers.

A child starts out with an open, inquisitive outlook on the world, unbridled curiosity, insofar as its surroundings allow this attitude to flourish. After at least the age of 5 or 6, this openness to creation and humanity may dwindle; some children start to compartmentalize their experiences using value judgments. If we could all uncover that fitrah in ourselves, we would at once abolish all negativity towards people and cultures that are in any way different to us. It is as if we become corrupted by modern life and the clichés and prejudices it sends our way.

Is it even realistic for everyone to rediscover their “fitrah”? It is sadly the case that in some instances, a person’s fitrah (eg. a murderer’s) is so buried under sins, materialistic desires that it is almost uneconomical to get to it. It would require too much time, effort, even money, to rehabilitate the worst of criminal offenders?

What many of us fail to realize though is that this primordial nature, our fitrah, is the true path of humanity, and the only path which can lead us to felicity.

The human being, likewise, has a natural and inherent path for the pursuance of life, through which he may reach his destination, perfection, and felicity. 10

If we were asked to determine those amongst our family, friends, peers who we consider to be open and accepting, even loving towards all humanity, it would probably strike us that these people have certain qualities in common, they are bound to be resoundingly optimistic, kind and generous people, people who are well on their way to attaining felicity. In stark contrast to that are those persons who are intolerant, bigoted, even racist; often we will observe a certain cynicism and sarcasm in them, a negative disposition to both people and events. In a recent study 11, it was commented that “non-believers may show higher inflexibility in thinking, at least in secularized cultural contexts like those in Western Europe; non-believers may be less socialized and less motivated to imagine, understand, and appreciate others’ perspectives.” So is it also that these non-believers are further detached from their fitrah?

It is a pity that man loses the way, puts out the light of thought and natural disposition (fitrah), shuts his eyes, attaches his heart to so-and-so, and relies on human and satanic powers instead of trusting God. 5

Most people need to be shown how to “soar” without being hemmed in by the pessimism and negativity of their society. So what exactly is this fitrah, if its uncovering will allow us to eliminate the panacea of intolerance from this world?

The ones who are close to Allah are like her (a young child). They are pure and don’t have even a bit of impurity. And they take light with them, trailers and trailers of light with themselves. 1

What is this purity, this innocence that children are born with, and how does it relate to the divine essence? That divine essence, or fitrah, is also referred to as mankind’s “primordial nature”.

The primordial human nature…reflects the will of God, the Exalted. 10

So each human being has been endowed with Divine Essence. It is then up to that person to make it flourish through keeping his mind, his heart and his intentions as pure as possible.

The natural human being is he who has retained the Divine primordial nature, whose mind is unsullied by falsehood and superstition. 10

Every child is born on the fitrah, and “fitrat Allah” is described as something which is inextricably kneaded into the very substance of their nature. 3 One instinctive and integral part of this primordial human nature is worship, worship of one God over everything else. This possibly provides part of the explanation why those human beings who have retained their fitrah, are also more tolerant.

Worship of God demands a total disregard of personal whims and caprice; non-glorification of any race, garment, language, land, and city; association with God, the ultimate Power and Perfection. 5

This person who has retained much of the purity of their primordial human nature, then is neither taken in by other people’s superficial attachments or accoutrements, nor does he consider his own self superior to any other person. After all, worship is only due to Allah. Another part of the primordial nature is the love of perfection; the heart of the person who has not sullied the fitrah will be pulled towards it, it is this same pull towards perfection that can overcome man’s murderous nature and that makes him determined to conquer his defects and nurture his excellent qualities.

It is the same essence of fitrah that renders possible the founding of communities and civil society. Had it not been for this essence, human beings would never be willing to give up some of [their] interests and tolerate others.4

So to retain the purity and openness of a child, we certainly need to uncover our fitrah. Yet, there remains one vital question unanswered: is the fitrah of a non-believer as accessible as that of a believer? We now know the qualities of a person with fitrah; we also know that believers exhibit greater tolerance and open-mindedness.

This then must be the important outcome, that the human being must progress towards faith (if he is still lacking) in order to bring out his primordial nature. On the other hand, a believer will always be that much closer to his fitrah, so close even that he may not ever have to “uncover” it. A society of believers is then the pathway to a tolerant society.