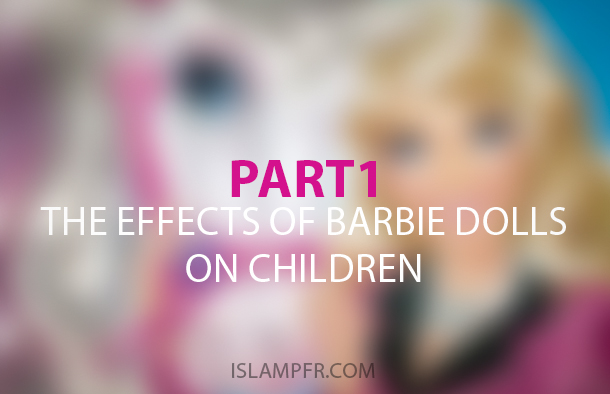 Dolls are toys in the form of humans which are mainly designed and built in the form of a girl. Due to their shape which is like a human, dolls are able to communicate with girls and to have much influence on their minds. It should be noted that a doll will never be able to stimulate the same emotions in boys as it does in girls and it is because of the different natures and attitudes of boys and girls rather than the potentials of dolls.

In this regard, Christina Hoff Sommers says: “Hasbro Toys Company wanted to test a dollhouse for boys and girls in terms of marketing and desirability. Soon it became clear that the response of boys and girls to the product is not the same.”

It is so natural that the models of childhood mainly consist of emotional factors rather than rational statements. So the secrets of the childlike fantasies are replaced with the realistic statements in adult education. Based on this principle, the use of fictional animal symbols has always been considered in conveying the educational concepts to children; therefore, currently most of the children’s cultural products in the field of animation, book, toy and storytelling exclusively use the animal symbolism.

Among them, the girls are particularly interested in dolls. This interest originates from the special affection of little girls and also from the superior power of dolls to make imaginary understanding and a sense of empathy with the child.

A very important point is the model and educational function of a doll because it is used in the most critical age which is the childhood and it has a very effective role in adopting a role model for a girl in an emotional form.

It should be noted that at the lowest level, dolls help children to gain a complete picture of their body. Mothers also use the dolls as a means for their girls’ education in issues such as eating, bathing and relaxing and Etc. But in accordance with the girls’ growth, dolls play a significant role in the training of social roles, showing gender segregation and children’s understanding of their future tasks.

* The features of Barbies

Among all the manufactured dolls, Barbies have unique features as the Barbie is not just a doll but it is also an efficient weapon in cultural battlefield. That’s why many experts are involved in the process of production, design, advertisement and distribution of it. Due to the importance of this section, we discuss each of the features individually:

As mentioned before, the Barbie is taken from a character of a German street tramp woman named Li Li who used to prostitute as a desirable woman after the war. But it was Jack Ryan who turned Li Li into an Anglo-Saxon face and finally created the Barbie due to his special talent in understanding women’s body figure.  A 20-year-old girl with long legs and slim body and is 195 cm high. It should be noted that this feature displays the young age of a girl and from here anyone can fully realize the modeling function of a Barbie for children’s future.

A Barbie’s face is designed in such an exaggerating way to show most of the imagined beauties and of course the design is done very skillfully. Blond hair,  slim neck, bulgy cheeks, small nose and mouth, blue and big eyes, prominent lips, a happy face, light skin, symmetric head and forehead and etc. These are the parts of a Barbie’s face which can rarely be collected all together in one person even with the art of skillful surgeons.

** The style of Barbie Clothes

Elegant, colorful and well-made Barbie clothing is the product of the greatest fashion designers of the world who have come together in Mattel Company. No doll has ever worn as many diverse, beautiful and aristocratic dresses as the Barbies. And this is only allocated to the girl who is the representative of American culture and a full-fledged American woman.

** The process of creating different Barbies

Over the past years, Barbies have been released, more than 500 times, in different roles and characters such as: nurses, police officers, teachers, doctors, dentists, veterinarians, rock singers, gymnasts, detectives, naval officers, pilots, flight attendants, thieves, beggars and etc. and these characterizations are for training functions of this doll.

This time, Barbies appear in a political role and try to show martyrdom as something irrational and hateful by making fun of great values of Islam.

“The suicide and martyrdom-seeking Barbie that after screaming Allah Akbar explodes by pressing the button of its explosive belt, indirectly tries to make fun of martyrdom culture or the only victorious and unrivaled weapon of Muslims among children”.

Another function of Barbies is to motivate the American soldiers by wearing military uniforms and taking American guns. This time the Barbie has a duty to make public opinion of young people the same as the bellicose intentions of its designers.

Over the past 40 years, Barbie dolls have been active in America’s political affairs. During the primary elections and caucuses and general elections, the Barbie is very active. During the Vietnam, Grenada, and Panama wars and at the end of the Cold War, the Barbie played different roles.

“Mrs. Ruth Handler”,  spouse of Mattel company’s boss, understood that as her child, Barbara, grows she  characterizes and imitates adults while playing with her paper dolls, so the idea of developing real dolls (three-dimensional) came to her mind.

After creating the Barbie, it was decided that it should be distributed among children with a variety of clothes so that they can find their own characters in different models of the Barbie. Over time, Barbies found an important function; it was teaching girls what modern society expects them as a woman.

Thin waist and stretched limbs of Barbies caused the teenage girls in the West and other countries to avoid eating enough during their growth age so that they have the same body shapes as the Barbie does or not being too far from the Barbie models. So the surprising statistics of the West healthcare organizations shows malnutrition of the Western girls.

Because it was mentioned that Barbies will never lose their fitness, so girls believed that not becoming pregnant is very effective in maintaining their fitness. In the 1990s, due to the reduced rate of reproduction in the West, especially in America, Barbies became available in order to educate girls in this issue and in 1955 this doll with a baby in her belly was offered in the market so that teenage girls would become eager to become mothers by seeing a Barbie giving birth to a child with their own hands.

Today, Skipper which is counted as the Barbie’s little sister is a part of the answer to the request of cultural politicians for Barbie’s children.

The change of Barbie clothes and characters suggests the transformation of the society in which the Barbie was created. Today, the real size Barbie doll is sold for pornographic purposes in the Western sex shops. A large number of western actresses and woman singers spend a lot of money to make their bodies and their faces the same as Barbies to attract public interests.

Today, the Barbie image is printed on all devices which are for kids and teenagers, such as stationery, toiletries and cosmetics, clothing, toys, decorations and even children fantasy foods like gum and chocolate because the girls from all over the world have to always feel the presence of their Western role model (Barbie) around them! Western mothers ask themselves why our girls reach puberty earlier than they should? What is the reason of this precocious puberty in our girls?!