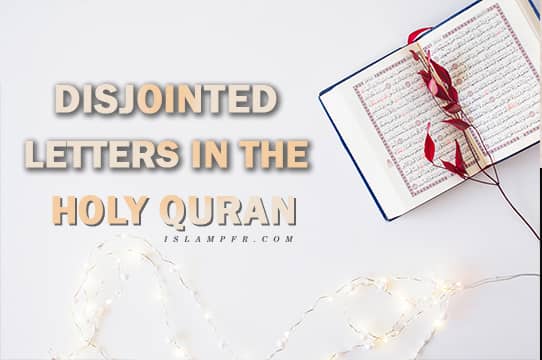 The Holy Quran says that it has expressed everything in a clear and explicit way and applies to all people and at all times. So, why are there the Muqaṭṭaʿāt (disjointed letters) in some verses in the Holy Quran whose meaning cannot be understood?

The “Holy Quran” is the miracle of the last Prophet (PBUH), which is for the world at all times and is revealed for all people. But the Muqaṭṭaʿāt are a science that have been delivered to God’s friends who are very close to Him and are supposed to be our guide, such as Prophet Muhammad’s (PBUH) household (Ahl al-Bayt).

There is also one or more letters in the beginning of 29 Surahs in the Holy Quran which are 78 letters in total, and 14 letters by eliminating the repeated ones. These letters are known as the “Muqaṭṭaʿāt” or the “glowing letters”.

It has been mentioned in numerous narrations that the Quran has an inner or esoteric (Batin) and outer or exoteric (Dhahir) meaning, such as:

As to why the Quran has spoken in two inner and outer languages, it should be said that:

First: Since the human being has a material body, most of his attention is focused on material issues, so he’s not ready for spiritual understanding in all conditions, especially if it is profound.

Second: In addition to the different states of a person, people’s level of thinking and spiritual understanding are different, and their level of understanding is not the same. Therefore, it was necessary for the Quran to have both obvious meanings for the general people and subtle hints for the specific states of a person or more prepared persons to meet their spiritual needs at different levels.

There are a variety of views and opinions on the Muqaṭṭaʿāt, some of which are:

3- There is a relationship between these letters and the content of the related Surahs; pondering in the Surahs which begin with the same disjointed letters, we find that these Surahs are similar in content.

4- Some of these disjointed letters are acronyms and references to a name of the divine names, and some are the code name of the Prophet (PBUH). Each of the divine names is composed of a few letters and a letter is selected from each name and discretely read at the beginning of some Surahs in the Quran. Juwayriyya bint al-Harith narrates from Sufyan al-Thawri: “It was said to Ja’far ibn Muhammad ibn Ali ibn Hussein (PBUH): O son of the Apostle of God, what is the meaning of these words from the Book of Allah which says “Alif, Lām, Mīm.” and etc.?

5- These letters are the constituents of the Supreme Divine Name.

Imam Sadiq (PBUH) said: “Alif, Lām, Mīm.” is a mystery between God and His Prophet, Muhammad (PBUH), aimed that no one but him would be aware of it and converts it into letters to keep the mystery out of sight of the enemy and only divulges it to the friends.