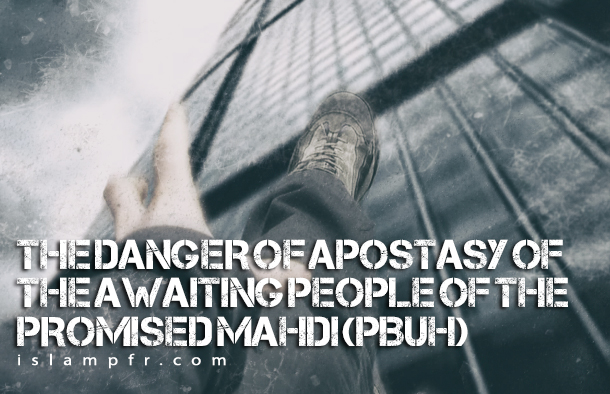 The birth of Imam Jawad (PBUH), the ninth Imam of Shias, is one of the most blessed and propitious events in Shia’s history, because before this event, according to the divine wisdom of god, Imam Reza (PBUH) had to wait a longer time for his child. That’s why some of Ahl-al-Bayt’s enemies laid their hope on this issue and considered Imamate as a finished matter and on the other hand, the Shias were worried and were waiting for their next Imam.

But the birth of Imam Jawad (PBUH) made Ahl-Al-Bayt’s enemies hopeless and their friends happy.

The notable point is that one of the reasons of the prolongation of Imam Jawad’s birth (PBUH) is probably laid on this point that God had begun preparing Shias to wait for the infallible Imam since Imam Jawad’s period (PBUH). It means that waiting for meeting Imam happened in the process of Imam Reza’s (PBUH) childbearing, and after him, the next Imams prepared Shias for the days of absence of Imam of each era and waiting for his reappearance through planned programs.

Therefore, during his short but blessed life, Imam Jawad (PBUH) has always brought up the issue of the reappearance of the last savior who is the third child of him, and has tried to explain Imam Mahdi’s (PBUH) character and the way of his reappearance.

Shaykh Saduq, in his book Kamal ul-Din quotes from a person named Saqre-ibn-Dolaf and says: “I heard from Imam Jawad (PBUH) mentioning the names of the Imams after him and he became silent when he mentioned the name of Imam Hassan Askari (PBUH).

I asked Imam: who is the Imam after him?

And then said: after him, it is his child who is the standing one based on the right (not void) and he is the one who has been looking for”… (1)

In another narration, Imam Jawad (PBUH) was asked: who is Imam after Imam Hassan Askari (PBUH)? He said: indeed, it will be his child who shall be standing and waiting based on the right. He was asked again: O, you the son of messenger of God (PBUH), why do you call him by this name? He said: because he arises when his name disappears and most of those who believe in his Imamate will apostatize.

Then he asked: why is he called the awaiting person?

He answered: because his proof is his absence for a long time during which the pure people shall wait for his coming. (2)

‘Abd al-‘Azim al-Hasani told Imam Jawad (PBUH): I hope you shall be the uprising one from the family of Mohammad (PBUH), the one who fills the earth with justice as it was filled with oppression. Imam said: O’ Abu-al-Qasim, all Imams are here for uprising by the order of God and to guide the people toward the religion of God, but the one uprising by whom God will purify the earth from the unbelievers and fill it with justice, is the one whose birth is hidden from people, and will be out of people’s sight and they are forbidden to call his name. His name and nickname is the same with the messenger of God. He is the one, for whom the earth will be twined, and every difficulty will be easy for him and three hundreds and thirteen companions will come to him from far places which are similar to the companions of Badr in number, and he is Imam Mahdi (PBUH). Then he said: in Surah Al-Baqarah/148, God says: “and wherever you are, God will bring you all together. He has power over all things.” So, when this number of pure people are gathered for him, then God will reveal His reign, and when the number of his companions reached the full number of ten thousand people, then he will raise by the order of God, and he will kill God’s enemies until the God is satisfied. ‘Abd al-‘Azim said, I asked Imam: O’ my lord! How will he know the God is satisfied? Imam said:  his heart will be inspired by the mercy of God. And when he enters Medina, he will take out Al-lāt and Al-ʻUzzā and burn them. (3)

In another narration, it is narrated that ‘Abd al-‘Azim al-Hasani says: “I wanted to ask Imam Jawad (PBUH) about the standing Imam; is he Mahdi (PBUH) or another one?

Before I ask such question, Imam Jawad (PBUH) answered it, he said: during his absence, waiting for him is obligatory”. Following this narration, the below sentence has been quoted by Imam Jawad (PBUH):

And the Almighty God settles his affairs in one night, as he settled Moses’, he went to bring fire for his family, (4) he returned while he had been chosen as the prophet. Then Imam said: the best deed our Shias can do is waiting for his coming. (5)

We wish God will count us as the companions of Imam Mahdi (PBUH) during his absence and reappearance. (If God is willing)

1- Ikamal al-Din: It is narrated from ibn Obdus from ibn Qutayba from Hamdan ibn Sulaiman from Soqre ibn Dolaf who said: I heard from Imam Jawad (PBUH) that said: The Imam after me is my son Ali. His command is my command, his statement is my statement and following him is the same as following me, and the Imam after him is Hassan, his son. His command, statement and order is his father’s command, statement and order. Then Imam became silent. I said: O’ the son of messenger of God! Who is the Imam after Hassan? The Imam shed tears and said: after Hassan, it is his child who is the one who shall raise by right and is the one who has been looking for. I said why he is called the standing one? He said: because he arises when his name is forgotten and most of the people who believe in his Imamate apostatize. I said: why is he called the one who has been looking for? He said: because he will be absent for a long time, those who love him will await for his reappearance, those who doubt him will deny it and those who oppose him will mock it! There are many people who determine the time of reappearance many times, those who are in hurry for his reappearance will perish and those who yield to his right are blessed, Bihar al-Anwar, vol.51, p.30

4-Referring to the Surah Ta-Ha, the verses after the verse 10: when he saw a fire, he said to his family: ‘stay here, for I can see a fire. Perhaps I can bring you a lighted torch or find at the fire guidance.