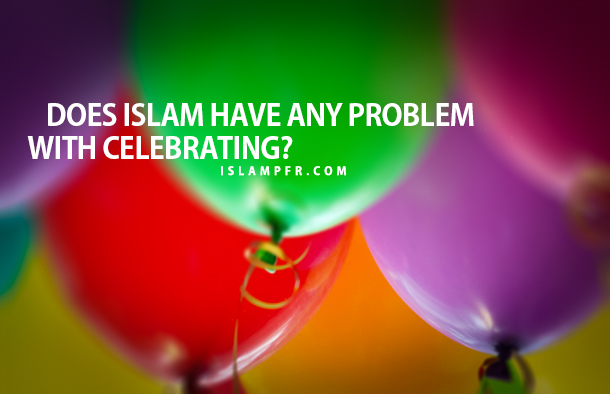 According to the Wahhabi scholars’ fatwa, celebrating the anniversary of a marriage or birth or any other celebration is forbidden. Does Islam have any problem with celebrating?

First of all, it should be noted that Wahhabism has nothing to do with Islam at all. Behind all such Wahhabi Fatwas lies their anti-Islam and Ahl-ul-Bayt impetus, which is the same for their fatwas against celebration. Although there is no restriction for being happy at any particular day in the Holy Qur’an or Islam, and there are many hadiths from the Prophet (PBUH) about happiness, especially in the family gatherings, Wahhabis has banned it as they banned “eating of cucumber and eggplant for women!” Or their other Ridiculous fatwas; of course, if such ceremonies are far from sins, idle gaming or diversion and so on, they are not subject to any religious restriction. But the main ground for Wahhabis’ opposition to celebrating is to prevent people from celebrating on the eighteenth day of Dhū al-Ḥijjah (Day of Ghadir Khom), ss the Shiites and sometimes Sunnite have celebrated this day.

Wahhabism reasoning for labeling “Deviation” on an action is just one argument: “The Prophet and his Companions did not do such an action, so if we do, we are deviators”!!!!!!

For example, the Companions did not ride a plane or a car; they did not eat food by spoon, so may this by a reason to leave such devices?!! The companions were always riding donkeys and camels for Hajj and religious ceremonies, so do we have to go to the Hajj by riding camels or donkeys? Or if we do, have we made a deviation?!

When Religion is not dynamic, it becomes ridiculous in the modern world as Wahhabism’s fatwas are subjects for ridicule of Western media, although Wahhabism has nothing to do with Islam in the back ground.

But when we say behind their fatwas there is a confrontation against Islam and Prophet we must prove our argument:

You may observe a contradiction in the words of ibn al Uthaymeen (the prominent Wahhabist scholar):

Sheikh was questioned about celebrating the birthday of the Prophet (PBUH)?

Secondly, there is no religious ground for celebration. If there was any, the Prophet (PBUH) would have performed it and so his people.

The Sheikh was questioned about the anniversary week of Mohammed bin Abdul Wahhab, whose response is interesting.

Each year they named a week after Muhammad –ibn-Abdul Wahhab at Mohammed bin Saud University, celebrating every day during the week for Mohammed ibn Abdul Wahhab.

At the time of Muhammad ibn Ibrahim al-Saud, the great Mufti preceding ben Baaz, such a ceremony was created. Mr. Abdul Aziz Al Saud, in the third period of their rule, named this week after Sheikh Mohammed –ibn – Abd ul-Wahhab by sheikh’s order and advice. And Uthaymeen was questioned in this regard, in the same book, page 300:

It was asked from Ibn Uthaymeen: what is the difference between the week of Muhammad ibn Abdul-Wahhab and the birthday of the Prophet (PBUH), that there is no problem for celebrating the first one while celebrating the latter is forbidden?

He replies: “The difference, as far as I know, is two issues: firstly the people do not celebrate the week of Muhammad ibn  Abdul-Wahhab for God’s sake, and their purpose is to respond to the doubts about this man.”

(For example, Mr. Mohammed ibn Firuz in the Ahsā region, which, according to the Wahhabis, is the closest to Islam and is Allamah, and the greatest mufti of his time, had doubts that Muhammad ibn Abdul-Wahhab had not a legitimate birth, but was illegitimately born. This week is held to answer such doubts!)

Secondly, this week is not holding every year, (Although it is actually held every year).

The next person, Mr. Ben Baaz, the famous Mufti of Wahhabism:

Is it permissible for Muslims to celebrate the birthday of the Prophet (PBUH)?

Celebrating birthday is one of the Deviations that have been added to religion; the Prophet (PBUH) did not celebrate his birthday during his lifetime. The Companions, the Elder Caliphs, and the Followers did not perform such an action, so it turns out that this is a deviation.

But has the Prophet’s birthday ever been important to himself or has he mentioned it at all?

Did the Prophet (PBUH) understood less than Wahhabis not to do such an action, that these Wahhabis blatantly say: he has been born, what important thing he did that we should celebrate for him.

On the other hand, Egyptian artist Majdi Idris said: “Salafis (Wahhabis) banned the celebration of the Holy Prophet (PBUH) without any ground from the Quran and Sunnah and there is no legal text about this, and the protest against the Prophet’s birthday is only a personal opinion that the Salafis are trying to promote while they should keep it for themselves only inside their own house.

Islam not only has not any disagree with happiness and celebration, but also orders it.
In the orders of Islam, there seems to be a valuable attitude toward creating joy and mirth which is sometimes about the self and sometimes for others.

Smiling face to others, wearing clean clothes with bright colors, wearing nice scents, cleanliness and order, being in nature and looking at the greenery and water, kindness and affection to the fellows, being mirth with friends, removing grudge and envy and making other people happy, are all good personal and social conventions designed to create an atmosphere of joy and to remove grief and eventually, rejuvenate physical and spiritual powers for further efforts and works in the community.

Imam Musa-al-Kadhim (PBUH) said: “Make peaceful pleasures for your prosperity and meet the desires of the heart in a legitimate way. Take care that this does not damage your dignity and manhood, and do not be squanderer and extremist. And with this attitude you will succeed better in your religious affairs. He is not from us who leaves his worldly affairs for his religion or to abandon his religion for gaining his worldly affairs “(Majlesi, 1403 AH, Vol. 75, p. 321).

In another word, that bright leader suggests a part of the day to be allocated to joy and happiness and legitimate amusement: “Try to divide your time into four parts: one Part for worship and privacy with God. A part for securing your livelihood, one to associate with trusted brothers and those who make you aware of your vices and are inertly faithful to you and also spend a part of your time for pleasure and fun, and attain power for other duties with such joys, “(the same, Vol. 75, p. 322).

The myth of the Promised Land

What would be your advice to us as a brethren!/We in Nigeria a nation of Two Major religion Islam and Christianity , were you can find in a single family with different believed. Interfaith or Intra-faith (Muslim Christian) (Shia, Sunni) (Catholic , Protestant) to live in peace and harmony, and to bring peaceful coexistence between the two Religion what would be your advice in this regard?

salam Alaykum
you have pointed to a good issue.
always different people gather and unite together when they have the common enemy
but sometimes people don’t know their enemy and play in his field
most of people don’t know that who the enemy of the humanity is. you should make them know
all people from every religion or every race should know that Zionism is the only enemy of us
Global Zionism abuse us against each other by various plans for his benefit, but if we unite against him we can break it down
Zionism is a threat for humanity, for other creatures, even for the whole universe
on of the points that you can unite people is to make them aware about our common enemy, then they see they are not their enemy themselves, Christians are not Muslims enemy or Muslims are not Christians enemy, Sunni is not the enemy of Shia or Shia is not the enemy of Sunni, but there is only one enemy that is Zionism.

next, you as Muslim should behave others with good moral and peaceful manners. you should live, speak, act like a real nice Muslim to be a good example of Islam. Muslims good behavior can fade many doubts about Islam away.
to be a good example you should follow the best example. I suggest you to read more about ahl al-bayt (Prophet Muhammad, Lady Fatima, Ali, and their descendants (PBUT)) to see their manner and see how they unified people in different situations
I hope this reply is useful for you