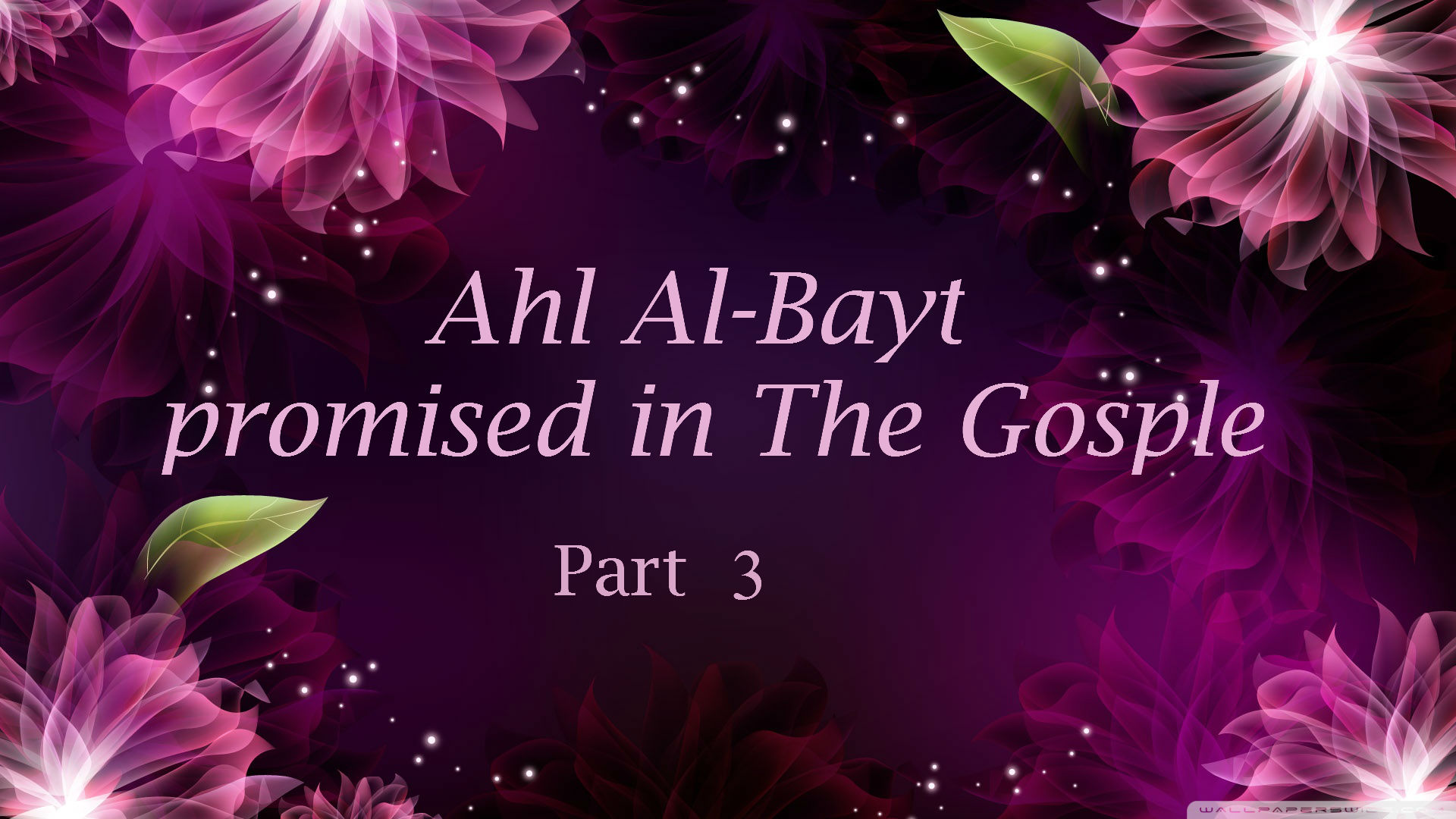 In order to show that, by the Grace of Allah, still some rays of the Light of the Truth shine in the midst of the darkness of distortions of the current bible and thus there are remaining statements proving the genuineness of Prophet Ibrahim’s (SBUH) prayer in chapter 17 of genesis and pointing toward the real identities of the twelve princes, masters, lords …, we are going to present few excerpts from chapter 3 of the book: “Islam in the Bible” by Dr. Thomas McElwain. Dr. McElwain is an American professor at the University of Stockholm. He is a former christian who has adopted the name “Ali Haydar” and has been using this name interchangeably with his original name.

“ … It is the principle of the Imamate, or divine guidance … The Imamate is God-given authority … The [Arabic] word Imam basically means leader … The concept of Imamate is based on the idea that there must be a living person who is a divine proof or demonstration of the existence of God and a vehicle of divine guidance or practical means for carrying out God’s sovereign will … The principle of God-given leadership is so logical to the human mind that in such circumstances it is able to jump over so many steps of logic to reach it. Nevertheless the reality of God-given leadership is extremely repugnant in human experience … The verbal revelation is subject to interpretation and leaves loopholes for personal decisions about right and wrong. Verbal revelation lets you talk yourself into almost anything. Confrontation with a living authority does not … Noah is one of the greatest examples Muslims refer to in presenting the Imamate. Anyone who followed the verbal revelation meticulously, yet failed to enter the ark, was destroyed along with the sinners. This telling argument summarises the Bible teaching of the Imamate … There is an even clearer example in the case of Abraham … The dialogue between Abraham and God could very well fit into God’s answer to Abraham’s prayer that Ishmael be considered in the Imamate after him … Kedar, the second son of Ishmael … Kedar and not Nebajoth is the forebear of the prophet Muhammad … Kedar is faithful to God even when Israel has completely forsaken the faith. Jeremiah 2:10. …

“[In the bible] The tree of life represents reliance on divine authority and setting aside one’s own ideas of right and wrong. The tree of life represents the Imamate or divinely established authority … The tree of life appears throughout the Bible as a symbol of the Imamate. It is the introductory figure of the Zabur or Book of Psalms. Psalm one describes the perfect man, the one who puts into practice the verbal revelation. Verse three refers to him (the perfect man) as the tree of life, the tree whose leaves do not wither. [Psalms 1:3 He shall be like a tree planted by the rivers of water, that bringeth forth his FRUIT in his season; his leaf also shall not wither; and whatsoever he doeth shall prosper.]

“The Imamate appears in Jesus’ sermon on the mount. Jesus refers to the prophet to follow after him as the tree of life. Jesus offers the FRUIT of this tree as evidence that he is a true prophet. `Beware of false prophets, which come to you in sheep’s clothing, but inwardly they are ravening wolves. Ye shall know them by their FRUITS. Do men gather grapes of thorns, or figs of thistles? Even so every good tree bringeth forth good FRUIT.’ Matthew 7:15-17. Revelation 22:2 tells us how many fruits there are on the tree of life. `In the midst of the street of it, and on either side of the river, was there the tree of life, which bare twelve manner of FRUITS.’ So we find that the prophet to come after Jesus is known by the twelve FRUITS which he produced, the twelve holy Imams.”

The Infallible Ones (SBUT) in regard to many verses of Qur’an such as verse 12 of Surah Maa’edah (5) and verse 36 of Surah Tawbah (9) and … clarified that the number of Successors after the Last Prophet, the Prophet Mohammad (SBUH&HA), would be twelve. Hadrat Mohammad (SBUH&HA), -in response to Jaaber son of Abdullah Ansaari when asking about the number of Imams (SBUT)- said: