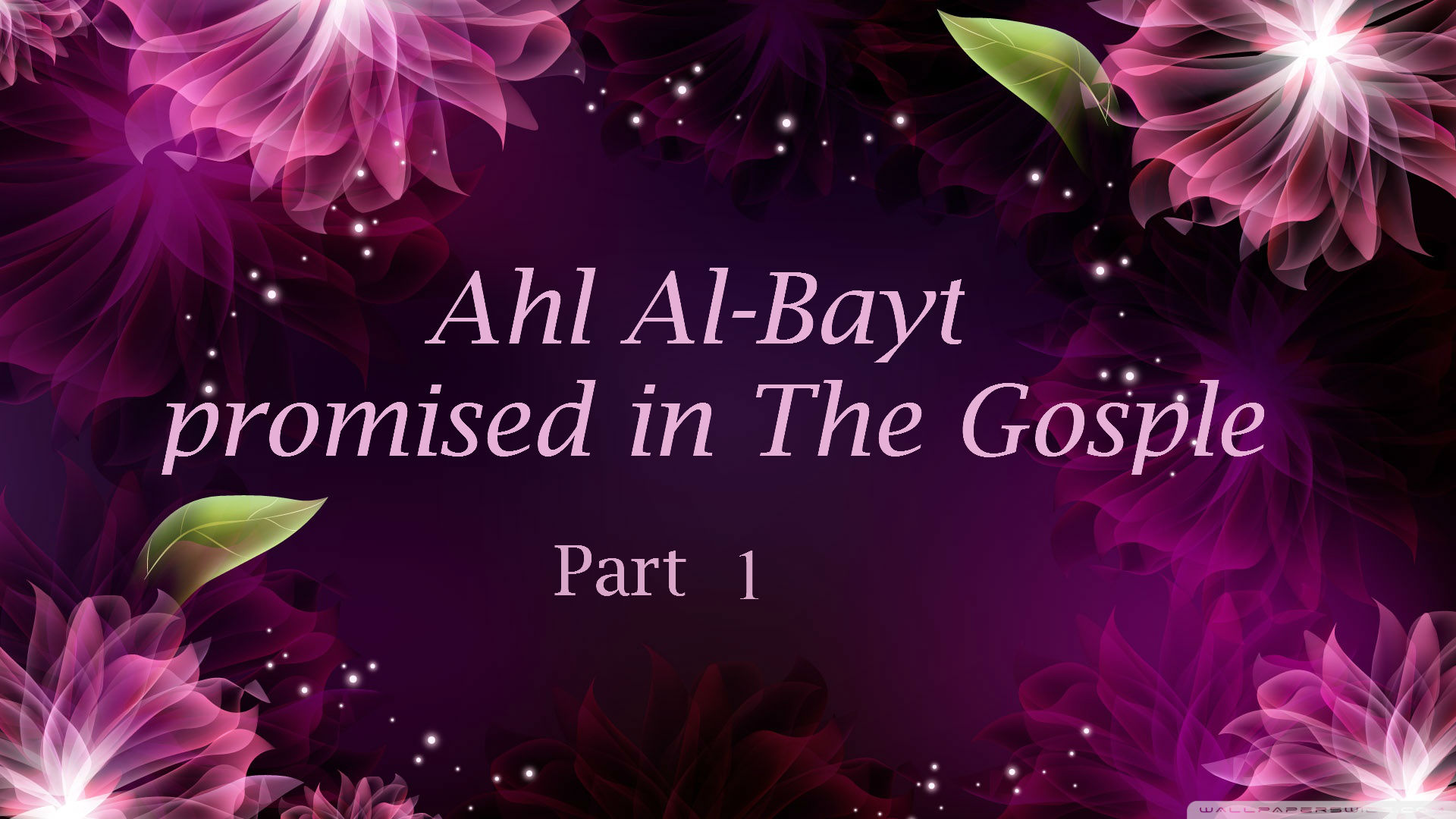 Allah, that most Compassionate and Merciful -whose Compassion and Mercy described can not be, and having an equal NEVER- from the beginning of creation has placed a heavenly gem within the heart of existence of all humans. A gem which -if the dust of ungodly desires and temptations covers it not- shines and reflects the Light of Allah, in a way that the entire existence of human shall be overwhelmed by one desire, the celestial desire of loving, submitting and prostrating before that Unique and Unequalled Creator, the One and Only Allah.

Those times when a joyous breeze touches human existence, or when a grievous and gloomy cloud appears in the sky of his dreams, or in those hard moments when his hope-boat is entangled in the hurricanes of despair and distress, that is when that heavenly gem shines within his existence and thus he finds that the very God whom he loves and knows in his heart, is the turner and converter of his circumstances, conditions, events and …; and He is the One Who can save him from the typhoons of desperation and anguish, and guide him toward the beautiful shore of hope, bliss and salvation.

In this heavenly gem called Fetrat, is hidden a Lightful gnosis of a celestial recognition of Allah and His Chosen Ones which will shine and become manifest, that is if we listen with the ears of our hearts to the reminding of Allah-Chosen Prophets and Successors (PBUT); then the moments of our lives will be filled with heavenly hope and peace, which its description is beyond the ability of this pen and its explanation beyond any tongue.

It is vital to always keep in mind that the True  Gospel, i.e. the direct Revelation of Allah to Jesus -PBUH-, is not available. During the centuries after the Prophet Jesus’ absence  hundreds of different gospels have been written by various fallible authors, most of which have been taken from Paul’s teachings -who was the usurper of the Allah Bestowed position of Successor ship-, and not taken from the Prophet Jesus’ teachings. For this very same reason today’s Christianity is known as “Pauline Christianity”. The collection of gospels and  books found in the 20th century archeological diggings in Naj’ Hammadi in Egypt and the Dead sea scrolls are additional obvious evidence for the existence of numerous texts attributed to previous Prophets (SBUT) including gospels.

Amidst the frauds, historical and political events, what have remained of the gospels were not in Hebrew or Aramaic languages rather were their Greek translations. The books published later in Hebrew and Aramaic was actually often translated from Greek back to Hebrew and Aramaic. In the fourth Christian century -centuries after absence of Jesus (PBUH)- when the Roman Empire declared Christianity as its formal religion, four gospels were selected from the available gospels; those selected gospels were accordant with the teachings of the usurper Paul and in line with the beliefs and traditions of polytheism, Hellenic paganism practiced in Rome and also Roman, Greek, Persian and … myths, philosophies, mysticism, Gnosticism and … .

The other gospels and books, which acknowledged the unity of God and introduced Jesus as a created being and not of the substance of God, such as the books ascribed to Lucian of Antioch, Arius and … were burnt and their writers were killed and their followers were condemned to punishments as severe as death. (From: The English Wikipedia; Schaff’s History of the Christian Church, Volume III, Nicene and Post-Nicene Christianity; The New World Encyclopedia; …)

Even entire libraries containing such books and gospels were burnt: “In 364, the Christian Emperor Jovian ordered the entire Library of Antioch to be burnt.” (Michael von Albrecht, and Gareth L. Schmeling, A history of Roman literature)

It has been claimed that at Nicea Constantine had 300 Bibles burnt. It has also been said that the gospel of Barnabas was one of such burnt gospels:

“The Gospel of Barnabas was accepted as a Canonical Gospel in the Churches of Alexandria until 325AD, when it, along with other Hebrew gospels, was ordered by the Nicean Council to be burnt, at which time an edict was issued decreeing death to anyone who had such a gospel in his or her possession. A copy, however, did survive and was found by Friar Marino, a friend of Pope Sixths (1585-90). Friar Marino had been interested in the writings of Iranaeus who had often quoted Barnabas. The Latin Translation of this manuscript then passed through different hands until it reached someone of great influence in Amsterdam. From thence it came into the possession of a Councillor of the King of Prussia, J.E. Cramer, who, in 1713, presented it to Prince Eugene of Savoy. In 1738 it was, along with other books from the library of the Prince, given to the Hofbibliothek [Austrian National Library] in Vienna, where it remains to this day. However, the Latin text was translated into English by Mr. and Mrs. Rag and printed at the Clarendon Press in Oxford. It was published by the Oxford University Press in 1907. This English translation however, strangely disappeared from the market. Only two copies of this issue are known to exist, one in the British Museum, the other in the Library of Congress, Washington.”

(In Quest of Truth, FROM DECEPTION TO DELIVERANCE, Shifa Lynette Vivienne Mustapha)

History certifies that the remained gospels are a combination of a little of Jesus’ teachings and much of distortions of the malevolent and the ignorant.

Here as a sample let us quote a few statements of the famous historian Will Durant from his book Caesar and Christ, published in New York, Simon 1944, Volume III of The Story of Civilization, 11 volumes 1935-75:

“Christianity did not destroy paganism; it adopted it.” (Caesar 595)

Durant writes about the famous pagan philosopher, Plotinus:
“Christianity accepted nearly every line of him …” (Caesar 611)

But Qur’an is the very last Holy Book, the undistorted and unchanged document of Allah’s direct Revelation to His last Prophet (PBUH&HA). Since the Prophet Mohammad (PBUH&HA), miraculously there has remained only one single Qur’an which is in Arabic, its original language; and the only valid and Allah Authorized interpretation is that of the Ahl al-Bayt, the holders of Allah Bestowed Knowledge (we cordially invite our friends to read the article: “How Qur’an has been protected from distortions” in this site). Qur’an has promised that Allah presents His decisive arguments and Proofs to all (Qur’an 6:149; …) and that Allah does not allow His Light to ever be put out (Qur’an 9:32; 61:8; …). Thus accordingly some rays of the Light of the Truth still shine amidst the darkness of distortions of the bible. In this writing we wish to present only a sample of those few remained rays of Light in the current bible pointing to the exalted position of the Ahl al-Bayt (SBUT); so we cordially invite you to be with us …